South Korean stocks traded lower late Wednesday morning as investors took to the sidelines waiting the outcome of the US Federal Reserve's statement on its rate policy. 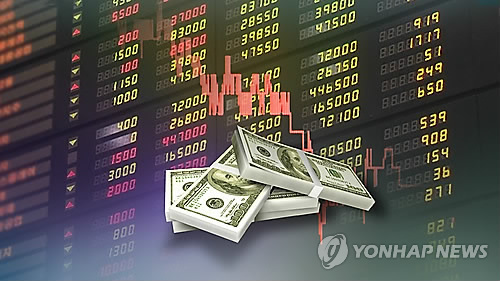 The South Korean won was trading at 1,147.35 against the US greenback, up 1.45 won from the previous session's close. (Yonhap)