In February, a total of 63,484 homes here changed hands, up 7.1 percent from the same month last year, according to the Ministry of Land, Infrastructure and Transport. From a month before, the February tally marks an 8.4-percent increase. It also marks a turnaround from a 6.1-percent on-year drop in January. 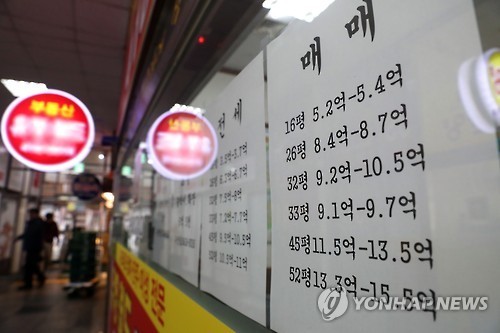 The rise in February was largely attributed to a 12.3-percent spike in rural areas that helped more than offset a 1.6-percent drop in the capital Seoul.

Home transactions in the capital region only inched up 1.3 percent on-year to 28,459. The capital area includes the western port city of Incheon and the entire Gyeonggi Province, which, together with Seoul, are home to nearly half of the country's 51 million population.

Home transactions had been on a steady rise since the government announced plans to limit the supply of new homes as a way of curbing a rise in household debt.

In the first two months of the year, home transactions came to 122,023, up 0.3 percent from the same period last year, the ministry said in a press release. (Yonhap)