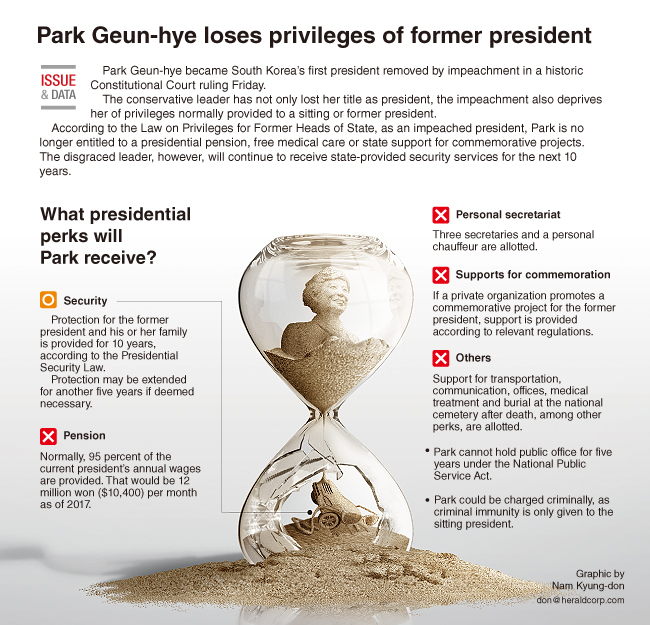 The conservative leader has not only lost her title as president, the impeachment also deprives her of privileges normally provided to a sitting or former president.

According to the Law on Privileges for Former Heads of State, as an impeached president, Park is no longer entitled to a presidential pension, free medical care or state support for commemorative projects. The disgraced leader, however, will continue to receive state-provided security services for the next 10 years.