[Superrich] Breakdown of salaries for heads of listed public companies

The corporate stocks of these companies are openly traded on the market. Both individuals and companies can be shareholders while the government holds over 50 percent of the shares, allowing it to have authority over these companies.

Of course there are opposing views toward this structure. One side claims that it is partial privatization of public enterprises that must uphold public interest. On the other hand, some support that it would allow improvements on the transparency of the enterprises.

However, there is another point that must be reconsidered -- the meaning of being “listed.” This means that shareholders and ordinary individuals have a chance to know about the corporates’ indices and present conditions of management in great detail. This makes it possible for the corporate management to flourish through the influx of external capital. In the end, however, it is a burden to the CEOs.

Possibly in reflection of such an added burden, the eight corporate heads have been earning a total of more than 5.5 billion won ($4.8 million) over the past three years.

According to the public organization management information system All Public Information In-one and the Financial Supervisory Service, CEOs of IBK gained 1.3 billion won in total and a 420 million won yearly average between 2013 and 2015. Among the listed companies, this is the highest income.

Following is Kwon Seon-joo, former CEO whose term finished last December. In 2014 and 2015, her annual income was 362 million won and 372 million won respectively.

The CEO of IBK received the largest amount of extra pay among the eight heads of public enterprises at 422.7 million won over the three years. 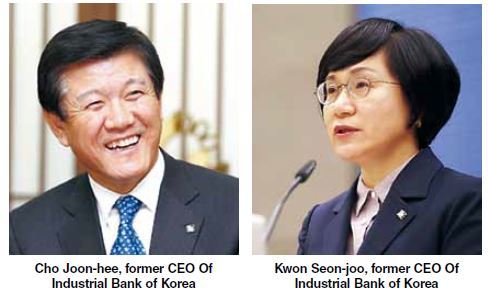 The CEOs of KEPCO KPS, a public enterprises in the power service industry, ranked second on the list. During the three years, they earned a total of over 740 million won, and almost 250 million won on average per year.

The third on the list is KEPCO. Former CEO of Korea Trade-Investment Promotion Agency Cho Hwan-ik has been running the company since December 2012. Including extra pay, Cho earned a total of 273 million won in 2013. In 2014, he gained 184.8 million won, and 235.9 million won the following year.

The next were CEOs of Kangwon Land. Over the past three years they earned over 650 million won.

Since November 2014, Kangwon Land has been under Ham Seung-hee, former member of the National Assembly. He received around 239.9 million won. This includes 81.3 million won worth of extra pay which has slightly increased compared to his predecessors. 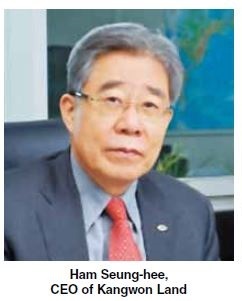 During this period, one of the former CEOs, Ahn Seung-kyu, had to be dismissed in July 2013 due to the controversial issue of test report forgery on the components of nuclear facilities.

Park Koo-woun, who also served as the head of the Nuclear Division, is currently running the corporate. KEPCO E&C has recently begun a public recruitment for its next CEO.

Korea District Heating Corporation has also maintained an annual salary of over 200 million won between 2013 and 2015.

Currently, the corporate has replaced Kim, who resigned voluntarily in December 2015 for the 20th general election, with Kim Kyong-won, who started running the company in July.

This is the only corporate out of the eight that had to cut down the CEO’s annual salary by over half between 2013 and 2014. The annual income that was around 260 million won, including extra pay, was reduced to about 120 million won within a year.

During this period, Jang Seok-hyo, former CEO of an LNG bunkering facility in Tongyeong, was in charge of the corporate. However, he had to resign in January 2015 soon after he took office, as he was accused of bribery.

Lee Seung-hun has been running the corporate since July 2015. He has also served as the member of the Presidential Committee on Green Growth. 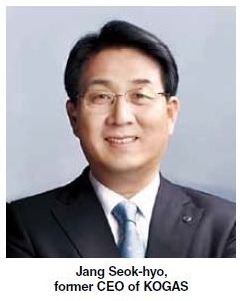 GKL, a casino for foreigners, has paid its CEOs the lowest amount among the listed public enterprises.

When Lim Byung-soo was the CEO between September 2013 and October 2015, the payments for the CEO dropped from 157 million won to 136.5 million won, and finally down to 127.6 million won. Lee Gi Woo, who was appointed as the CEO in November 2015, is currently running the company.

By The Superrich Team