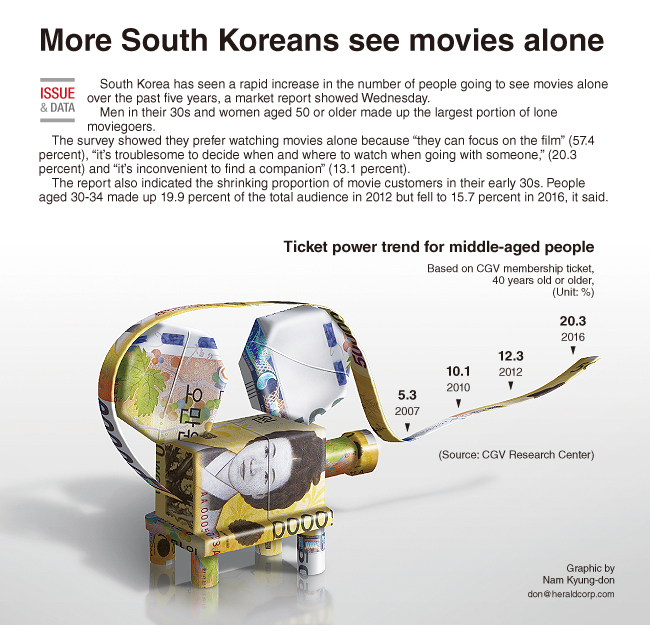 South Korea has seen a rapid increase in the number of people going to see a movie alone over the past five years, a market report showed Wednesday.

Men in their 30s and women aged 50 or older made up the largest portion of lone moviegoers.

The survey showed they prefer watching movies alone because “they can focus on the film” (57.4 percent), “it‘s troublesome to decide when and where to watch when there is a companion,” (20.3 percent) and “it’s annoying to find a companion” (13.1 percent).