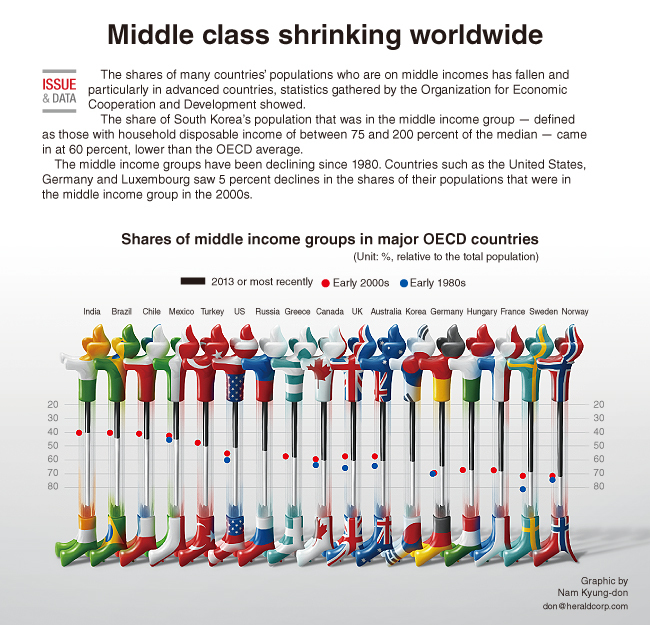 The shares of many countries’ populations who are on middle incomes has fallen and particularly in advanced countries, statistics gathered by the Organization for Economic Cooperation and Development showed.

The share of South Korea’s population that was in the middle income group -- defined as those with household disposable income of between 75 and 200 percent of the median -- came in at 60 percent, lower than the OECD average.

The report showed that people in middle income groups have changed over time. They are now older and more educated than they were in the 1980s. Single households and married couples without children are more likely than multiple-member households to be on middle incomes.

The report also indicated that the middle income decline is largely due to job polarization. New technologies have been replacing semi-skilled workers while new jobs created are greatly polarized in terms of required skills and pay. In other words, mid-level skilled jobs with mid-level pay declined, while the number of high-paying highly skilled jobs and irregular jobs requiring low-skills increased.