US entry of NK refugees put on hold by Trump's executive order: report

US President Donald Trump's executive order barring refugees from entering the country also extends to North Koreans fleeing from one of the most repressive regimes in the world, a US media agency said Sunday.

The Voice of America said North Korean refugees are not allowed to enter the United States at least for four months as the executive order places a 120-day moratorium on the US Refugee Admissions Program.

During the four months, the US authorities will "review the USRAP application and adjudication process to determine what additional procedures should be taken to ensure that those approved for refugee admission do not pose a threat to the security and welfare" of the country, according to the order. 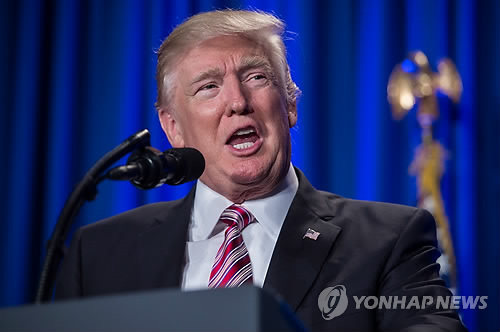 But the impact will remain minimal since there are not many North Korean refugees, the report quoted Suzanne Scholte, the chair of the North Korea Freedom Coalition and vice co-chair of the US Committee for Human Rights in North Korea, as saying.