‘Steven Spielberg: A Life in Films’ Review -- Molly Haskell trains her keen eye on the director 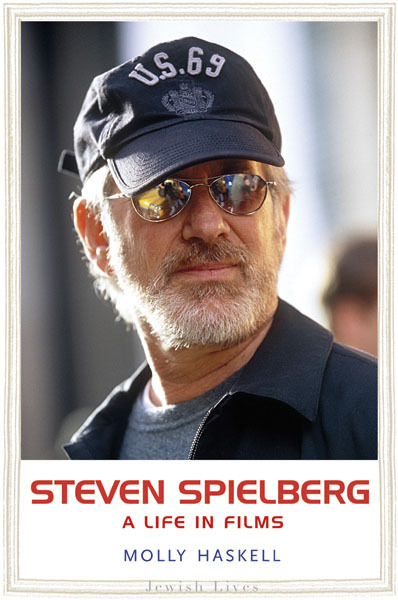 “A Life in Films”? Not “A Life in Movies”? It’s a distinction that means something. It certainly would mean something to both author and subject, the art vs. entertainment issue having long been part of the Spielberg debate. So it’s significant that Haskell begins by giving her subject the benefit of the doubt.

The author is a combination of southern gentility and acidic insights, but by her nature and inclinations not an obvious choice as Spielberg biographer, something she cops to right away. “In grappling with Spielberg,” she writes, “I would be confronting my own resistance.”

She attained prominence during a “golden age of ‘cinephilia,’” when writers such as her late husband, Andrew Sarris, and Pauline Kael and, later, J. Hoberman were making film criticism an art unto itself. American film had entered a period of artistic ecstasy in the ’70s; foreign film was far more mainstream than it is today; there was no “American independent cinema” to speak of and the likes of Martin Scorsese, Francis Ford Coppola and the Polish transplant Roman Polanski were slipping high art under what had always been a relatively low bar.

And then Spielberg came along. Megahits like “Jaws” (1975) reminded Hollywood about what it was supposed to be all about ($) and the Los Angeles ethos -- that a good movie is a movie that makes money -- was adopted by moviedom at large.

But as interesting as Spielberg is, and he surely is, by virtue of being America’s pre-eminent on-screen “entertainer” for the last four decades, what’s equally captivating is Haskell’s wrestling match with herself. What she constantly mediates in “A Life in Films” is the tension between her personal taste and Spielberg’s obvious gifts as both a storyteller and technician. What she delivers is as balanced a judgment on the director’s life and works as one might possibly expect, and she does it while acknowledging that she might harbor a little bit of a grudge: Watching YouTube clips of Spielberg interviews, she writes, she found one from 1973 in which he addresses would-be directors and advises them to have confidence. “You can’t worry,” he says, smiling, “if critics like Andrew Sarris and Molly Haskell don’t like your movies.”


She also requested an interview with Spielberg for the book, part of the Yale University Press “Jewish Lives” series, and was turned down. “I felt stung,” she writes, “a little red-faced, like a girl angling for a date and being rejected.” But you know she knows Spielberg did her a favor.

“A Life in Films” is chaptered by films, or clutches of films: the prominent Spielberg failure “1941” is partnered with the sublime “Raiders of the Lost Ark,” for instance, which makes for enlightening contrasts. Haskell pursues each film toward political, historical and religious conclusions, and examines the director’s odd relationship with female characters, notably the recurring phenomenon of the “shrieking woman” in the director’s movies. (Spielberg married one of them, Kate Capshaw, who caterwauled her way through “Indiana Jones and the Temple of Doom”).

Haskell really gets in a groove when she approaches Spielberg from a feminist perspective, which is not surprising: She authored one of the more influential feminist film books, “From Reverence to Rape: The Treatment of Women in the Movies” (1974, updated in 1987), which is, oddly, missing from her credits on the flyleaf. (It could be a mistake; Yale University Press obviously needs a couple of copy editors: The renowned visual-effects wizard Douglas Trumbull, who helped make Spielberg’s “Close Encounters of the Third Kind,” is identified as “Douglas Turnbull.”)

It’s a high compliment to any book that when it ends, you wish it wouldn’t. And it could have gone on: There’s an increasing sense of compression as Haskell moves from the seven pillars of Spielbergiana -- “Duel,” “Sugarland Express,” “Jaws,” “Close Encounters,” “Raiders,” “E.T.” and, of course, his first Oscar winner, “Schindler’s List” -- and into the later, midcareer films (“Saving Private Ryan,” “Jurassic Park”) and then into such well-regarded but less totemic works as “Munich,” “Catch Me If You Can,” “Lincoln” and right up to “Bridge of Spies,” a film that seems to have had no afterlife whatsoever. That’s a rare thing in the Spielberg experience which, by the way, is still happening, a fact that lends much immediacy to Haskell’s -- dare we say it? -- very entertaining book. (TNS)