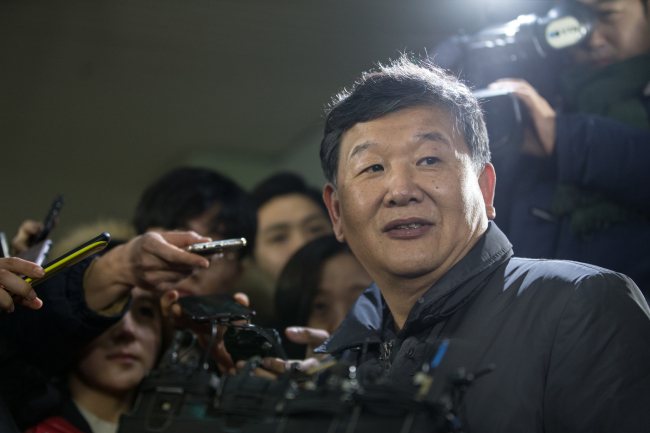 BAD PERSON? -- Roh Tae-kang, a former director of the Culture Ministry, enters the special prosecutor’s office in Daechi-dong, southern Seoul on Wednesday to testify as a witness. Roh left officialdom after President Park Geun-hye singled him out as a “bad person” in 2014. He, then in charge of the ministry’s sports policy division, had led an investigation into the country‘s equestrian competitions after a complaint made by Choi Soon-sil, Park‘s friend. Choi’s daughter, Chung Yoo-ra, later became a member of the national dressage team. (Yonhap)