[Kim Yong-chan] The birth of a new public: place-based, instant, and networked 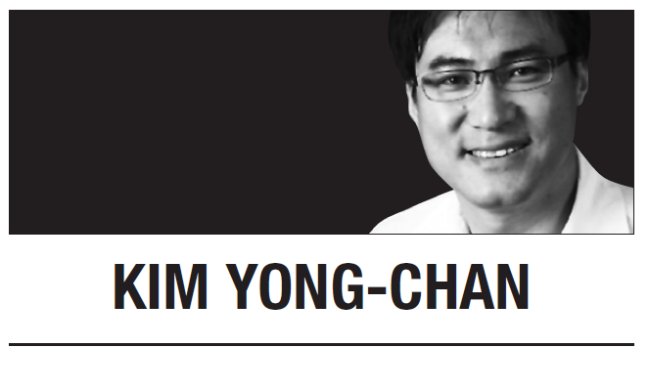 Over the last several weeks I visited Gwanghwamun Square in downtown Seoul every Saturday almost like a regular church-goer, and met other fellow citizens to be part of a new type of human organization that I call a place-based, instant and networked public.

This amazing human project has been conducted in response to the scandal surrounding President Park Geun-hye. The majority of South Korean people with candles (real and digital) in their hands were united in demanding that President Park step down.

On Dec. 3, more than 1.7 million candles were lit in the square. I think this peaceful drama has shown many unique aspects, even compared to the Occupy movement or the Arab Spring. I have tried to understand this as a communication scholar with an interest in collective actions in urban spaces.

The public is only mediated or detected by the mass media or public opinion polls. Crowds, especially those mobilized for political protests, often become emotional and even violent, and it is usually difficult to have critical discussions among them. Even though they co-exist in a certain place, the candlelight vigil participants in the square have shown many characteristics of a public, not a crowd.

When they listen to speakers on the stage, they tend to critically and selectively receive their messages. They discuss with others what has been happening before they come to the square, and many of them continue to discuss matters after the meeting. On site, they talk with others sitting next to them. They post texts, pictures, or videos and share their ideas, thoughts, and opinions both offline and online. They are active storytellers themselves as an embodied public who used to be invisible by nature, but has become visible in Gwanghwamun Square.

The place-based public also can be called an “instant public.” People come together in the square from their own worlds. They sit together with strangers, greet one another, and sometimes share hot tea or snacks. These encounters are accidental and the ties between them are very weak and short-lived.

When they leave the square, they turn back into regular busy city-dwellers as total strangers to one another. Like people who quickly eat instant ramen at the 7-Eleven in the midst of their busy schedules, the candlelight vigil participants enjoy instant festivals of mutual respect, understanding and fellowship in the Square and go back to their everyday lives whenever they want.

I also called these candlelight holders a “networked public.” When I looked around at the people who gathered in the square, I discovered that few people were there as lone participants. Most of them were in their own groups (couples, families, friends, co-workers, etc.). At the same time, they tried to connect to other people in other places through their mobile devices; these people would be somewhere in the square or thousands of miles away. Thus, we may have to say that there were 1.7 million networks rather than people in the square.

The new public in Gwanghwamun Square can be seen as a “human organization without organization.” The people are very eagerly resistant to any internal or external attempt to formerly organize them.

Maybe this new human organization was made possible at least partially by highly advanced information and communication technologies, the extremely efficient subway system, the democratization movement history, and prior experience of candlelight vigils in the city. No matter what, this place-based, instant, and networked public has accumulated amazing political power that none can claim yet. It will be very interesting to see how this power will be used in the next several months in South Korea.

Kim Yong-chan is a professor at the College of Communication, Yonsei University, in Seoul. He can be reached at yongckim@yonsei.ac.kr. – Ed.