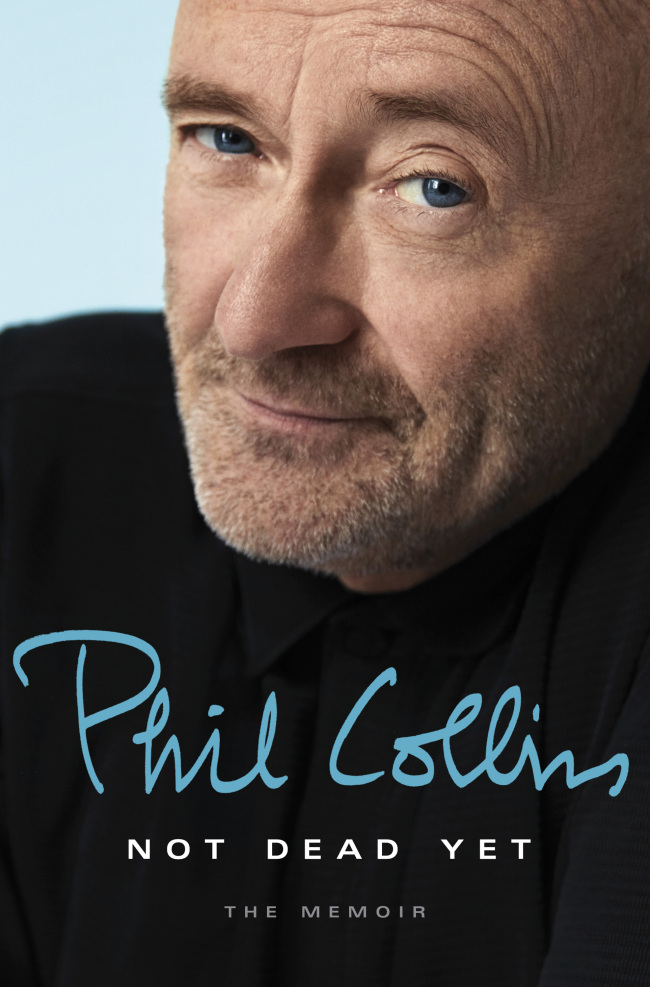 Phil Collins is arching an eyebrow on the cover of his new memoir, as if to let you know he’s in on the joke. The book is called “Not Dead Yet,” a rather wry declaration from one of pop music’s most buoyant hitmakers, who’s not exactly wizened at 65.

“Well, my health seems to have been the subject of much speculation in certain parts of the press,” Collins told the Times, alluding to his hearing loss and the chronic upper-body pain that has left him walking with a cane. “And it’s sort of a Monty Python-esque kind of dark humor. Coughing up blood but not dead yet.”

The new book coincides with, if we’re being frank, yet another unlikely comeback for the pillar of 1980s soft rock and erstwhile drummer (and lead singer, post-Peter Gabriel) for Genesis. As a solo artist, his reign on the charts was unrivaled, loaded with anthems – “In the Air Tonight,” “Against All Odds,” “Another Day in Paradise,” “Sussudio” -- that still pop up in elevators, grocery stores and at wedding receptions. (And, OK, probably on that scratched-up CD in your car, too.)

With refreshing candor, Collins dissects his life on and offstage, leaving little to the imagination. He remembers how he lost his virginity (spoiler alert: quickly), the wreckage of three failed marriages, the highs and lows of being a global pop star, the bumpy road to sobriety, and the career renaissance he never expected.

“If you want to tell a story, you tell it properly,” he says. “This is an open, honest account of my life the way I remember it.”

Q: You mention in the prologue that once you retired from recording in 2010, you figured your career was over. Why was that?

A: I hung up my boots because I had two young children at the time. I tried to retire in 2004 and 2005. In 2000, when my hearing started to go a bit wonky, I thought, “Well, that’s all over. Fine. I’ll do something else.” By 2004, my brain had adjusted and I thought I’d go out one more time and then be a stay-at-home dad for (my sons) Nic and Matt. I think Orianne, my wife, may have gotten a little scared at the sound of retirement. And I kind of got tired, fed up, with being me. I just felt that I had done a lot and here I was in a third marriage that wasn’t working out. I think my self-esteem was a little low, so I just decided to stop and deal with what I had to deal with. The reason to come back now was because my youngest kids were prodding their old man to do something.

Q: By the end of the book, there’s a gratifying sense that your work has translated to younger artists such as Adele. When did you start to notice that?

A: There’s an album called “Urban Renewal” (a 2001 tribute record) where a whole bunch of hip-hop guys did different versions of my songs. A pivotal moment to me was when, by chance, I watched a documentary about Ice-T. (It revealed the rapper owned several albums by Collins.) At that point, I thought, wow, considering I did become a whipping boy for the ’80s and ’90s -- slightly more so in Europe -- this was to me vindication that what I was doing actually was OK. These (were) guys who were playing the modern-day equivalent of the Four Tops and the Temptations, and that was the R&B I grew up on. The fact that I was doing something that had touched them vindicated something that I had hoped for but didn’t think I’d get.

Q: What sort of books do you like to read?

A: Stephen Fry is one of my favorite writers, and I’ve read all of his books. I find him very funny, and he writes beautifully. Also Peter O’Toole. He died before he wrote the third part of his memoirs, but I loved the first two, and they were wonderful to read. He (had) an old-style English eloquence. I love autobiographies.