Korea's imports of US beef soar 48% this year

Imports of foreign beef are expected to further rise after the anti-graft law took effect in September this year, which limits spending on gifts. 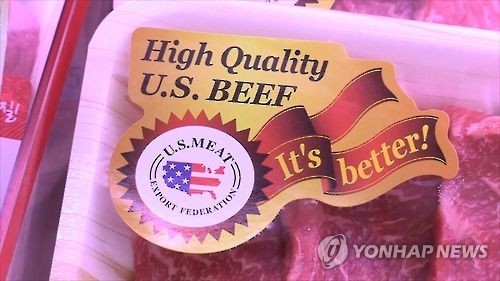 Boxed sets of domestic beef, known as "hanwoo" have been popular gifts for the traditional holiday seasons, but their high prices make people hesitant to give such gifts under the law.

According to the data by the Korea Customs Service and the US Meat Export Federation, the country's total beef imports rose 28.4 percent on year to 320,219 tons in the first 10 months of this year.

By comparison, imports of Australian beef rose 14.9 percent on year to 162,794 tons during the January-October period.

In October, US beef overtook Australian beef as the top imported beef in terms of quarantine-cleared import volume.

If the trend continues, US beef would unseat Australian beef as the top imported beef overall.

With imported beef expanding its market share in Korea, the self-sufficiency rate of domestic beef kept falling to 46.2 percent last year, compared with 48.1 percent in 2014.

Hwang Myeong-cheol, head of the research center for agricultural economy at the National Agricultural Cooperative Federation, said the self-sufficiency rate of domestic beef is likely to further decline due to impacts of the anti-graft law. (Yonhap)