[Graphic News] Only 2 in 10 manager positions filled by women 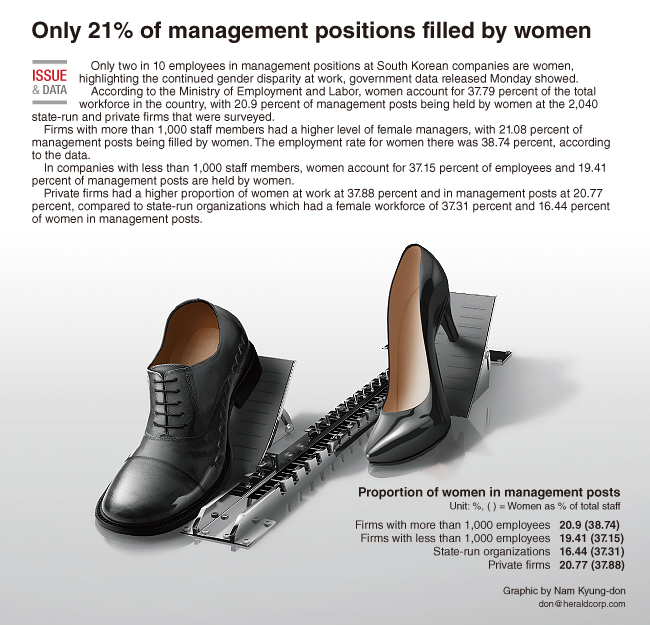 According to the Ministry of Employment and Labor, women account for 37.79 percent of the total workforce in the country, with 20.9 percent of management posts being held by women at the 2,040 state-run and private firms that were surveyed.

Firms with more than 1,000 staff members had a higher level of female managers, with 21.08 percent of management posts being filled by women. The employment rate for women there was 38.74 percent, according to the data.

In companies with less than 1,000 staff members, women account for 37.15 percent of employees and 19.41 percent of management posts are held by women.

On the other hand, health and social welfare had the highest level of female managers (52.25 percent), followed by food service (46.82 percent) and business support services (34.64 percent).