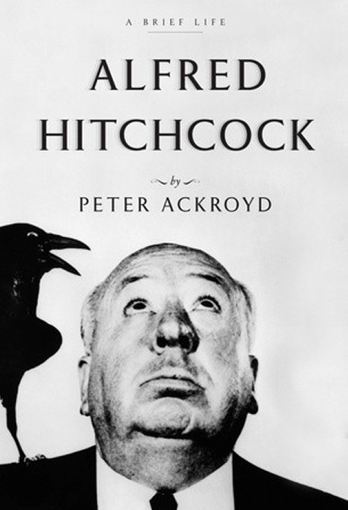 There are days when an 800-page biography of some fascinating person is just what we want to dive into. And then, there are days when we feel less ambitious; when we want to immerse ourselves in someone’s life, but can't quite summon the intestinal fortitude to crack the spine of a doorstop. Behold that very useful literary form: the short biography.

The celebrated British biographer Peter Ackroyd has written a handful of shorter works (on Chaucer, J.M.W. Turner, Poe, Newton and Wilkie Collins), and the latest in his “A Brief Life” series shines its efficient spotlight on Alfred Hitchcock. Its opening paragraph announces the filmmaker’s birth, its final paragraph tells of his death, and in between are 260 tautly written pages of biographical fact, film criticism, character analysis and just enough well-sourced quirky -- none of it new, but much of it delicious.

Among the latter: Hitch dressed with, we're told, “military precision,” having assembled a wardrobe of six dark suits, six identical pairs of shoes and 10 identical ties. He had a habit, on the set, of throwing his cup to the ground after morning or afternoon tea, saying that the shattering was “good for the nerves. ... Much better than scolding the players.” Raymond Chandler, hired to write a never-used first draft of “Strangers on a Train,” described Hitchcock’s script meetings as “god-awful jabber sessions.”

Ackroyd blends plenty of thoughtful insight into the mix: on Hitchcock's well-known obsessions with actresses, on his early fascination with the life and work of Edgar Allan Poe (with whom he shared a love of hoaxes), on the eerie way that Hitchcock’s masterpiece “Vertigo” is “sometimes curiously somnolent, as if suspended in time.”

For many readers, “A Brief Life” might be a gateway drug to a larger work. (Try Donald Spoto's “The Dark Side of Genius.”) It’s a masterful book on the Master of Suspense: Like all good movies, it’s over too soon. (Tribune Content Agency)