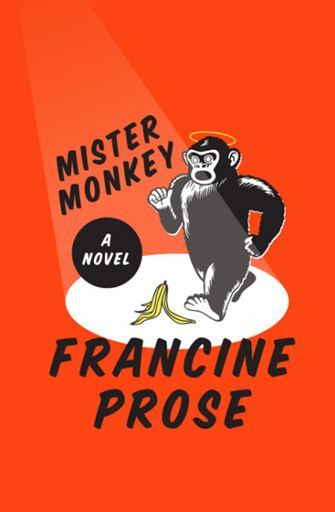 “Mister Monkey”
By Francine Prose
Harper (285 pages, $26.99)
Francine Prose’s “Mister Monkey,” a novel about a very bad musical, leaves you with the feeling you have after watching a really good musical: exhilarated, lightened, maybe even humming. Its characters dance around each other, tangoing and twirling, voices chiming out in solo after solo -- until it all comes together in a moment of perfect harmony. You read it with the uncanny feeling that you aren’t alone; that there’s an audience reading with you, and that bursting into applause at the end might not be inappropriate.

“Mister Monkey” is not only the title of Prose’s 18th novel (among her works: “Household Saints,” “A Changed Man,” “Blue Angel” and most recently “Lovers at the Chameleon Club, Paris 1932”), it’s also the name of the family-friendly musical at its center. Based on a popular children’s novel about a monkey adopted from Africa by a New York family, “Mister Monkey: The Musical” is in its “umpteen-hundredth” revival off-off-off-off Broadway, in a weary “soon-to-be-replaced-by-condos theater beneath the High Line.”

Nearly everyone involved with the production -- one so low-rent that the cast provides most of their own costumes -- is ready for it to end.

Each chapter is told from the point of view of a different character, giving the impression of a spotlight that briefly illuminates one person -- one monologue, one life -- before moving on.