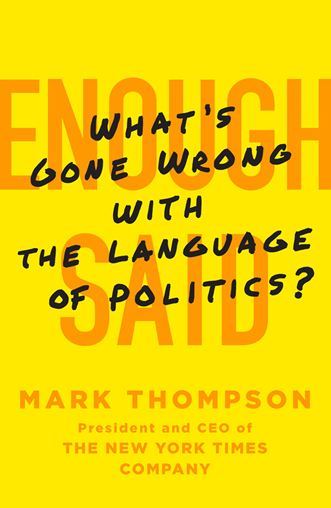 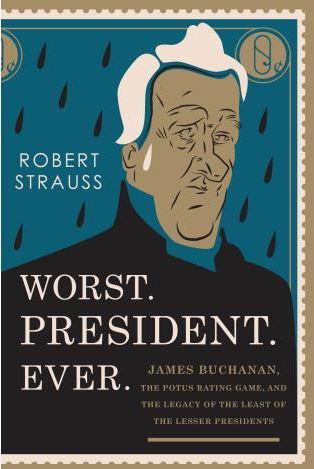 The United States of America is a place made of words.

In the European imagination, the New World presented a blank slate upon which to write. (Indigenous peoples saw, and see, things differently, of course.) Without a common language, history, culture or racial identity, Americans had to create a new nation rhetorically as much as politically. From the Declaration of Independence forward, it’s been done with words, and all their inherent contradictions: “All men are created equal,” wrote a man who owned other men and women.

Because America is a text, it’s open to criticism, editing and revision. What Thomas Jefferson meant by “men” is not what Martin Luther King Jr. meant when he quoted the Founding Fathers’ words almost two centuries later in his “I Have a Dream” speech. Conflicts over what constitutes American identity persist, centered on the divisions built into our nation‘s history, between the rural and the urban, native-born and immigrants, different races, ethnicities, religions and genders.

These arguments come into especially high relief every four years, during presidential elections, where claims of “true” American-ness have enormous stakes as voters set the nation’s course for the coming four years. Two new books remind us that while the terms of the American conversation can change, we keep having the same arguments over and over again, and the rhetorical frameworks in which we have such arguments matter.

First, journalist Robert Strauss' “Worst. President. Ever.: James Buchanan, the POTUS Rating Game, and the Legacy of the Least of the Lesser Presidents” takes its readers back to the first half of the 19th century. Then as now, the American people were divided over the role of the federal government, immigration and nativism, and the foundation of American racism -- slavery and its expansion, containment or abolition.

“Worst. President. Ever.” is an engrossing and seamless combination of the personal and the political, history and lively connections to contemporary politics. In digressions from his main subject -- the biography of 15th American President James Buchanan -- Strauss explores his personal obsession with American presidential history (and various “rating games” played by historians) with charm, good humor and deep scholarship, plus the sort of personal connection one can only get by driving around America visiting presidential libraries and birthplaces. While these sections of the book would be valuable on their own terms as genial memoir, they also illustrate the key fact that the personal is political, and the way that Americans relate to our historical narratives will very often be, if not determined, then highly influenced by their own life experience.

Buchanan, whose indecision and fecklessness most historians credit with helping to cause Southern secession and the Civil War after the election of Abraham Lincoln, may indeed be the nadir of presidential accomplishment. Nonetheless, Strauss depicts him with sympathy and insightful explorations of historical mysteries, including questions about this lifelong bachelor’s sexual identity. From his boyhood in rural Pennsylvania to the court of Czar Nicholas (where President Andrew Jackson had sent him as US envoy to marginalize him as a political rival), from London to Washington, Buchanan led a fascinating life at the center of every key issue of the day. Strauss illuminates Buchanan's political career on its own terms but also always draws cogent comparisons to our contemporary scene.

But the rhetoric in which the American political conversation takes place truly has changed, and that transformation is the subject of Mark Thompson’s “Enough Said: What‘s Gone Wrong With the Language of Politics.” In this invaluable book, Thompson, chief executive of New York Times Co. and a veteran of BBC, explores our contemporary political rhetoric and suggests some ways we might restore it to something more like an informed conversation aimed at accomplishing things, and less like a shouting match where no one listens to anyone they don’t already agree with.

Thompson’s cogent analysis proceeds from his profound knowledge of classical rhetorical theory and politics from classical Greece and Rome, through the Renaissance and the Enlightenment, and modern society in the US and the United Kingdom. (This may be the first book that cites Lin-Manuel Miranda and Beyonce along with Aristotle and Thomas Hobbes.)

In vigorous, nuanced, and energetic prose, Thompson grounds his broader theoretical points in close reading and incisive analysis of the rhetoric around historical events. Some of his episodes are fascinating Decline-of-the-West parallels, such as Tony Blair’s speeches in Parliament in the lead-up to the 2003 Iraq War in comparison to Winston Churchill's rhetoric at the outset of World War II.

In other cases, Thompson emphasizes how rhetoric is more than just talk. In his opening chapter, he shows what’s at stake in his analysis of how Sarah Palin's “death panels” phrase functioned as a piece of rhetorical art. Her language shaped the real world: “A term that exaggerated and distorted a claim that was itself false, and that in any event had virtually nothing to do with the central thrust of Obamacare, had changed the course of politics.”

Readers who want to better understand our ongoing American political conversation, with historical depth and rhetorical sophistication, would be well advised to read both Thompson’s and Strauss’ books. (Tribune Content Agency)