A journalist takes on China in ‘Boat Rocker’ 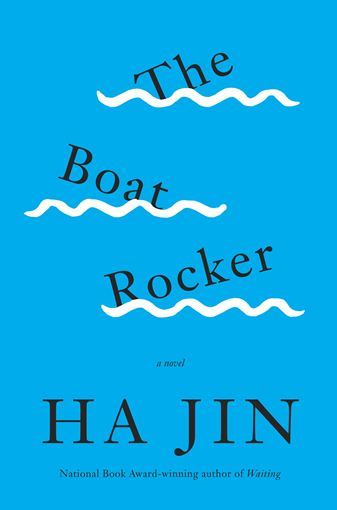 “You’re like a little turtle attempting to rock a boat shared by two huge countries.”

Hence the title of Ha Jin’s “The Boat Rocker,” in which the so-called turtle is 36-year-old Feng Danlin, a journalist working on Long Island for a small Chinese news agency that’s trying to speak truth to power back home in Beijing.

Easier said than done, which is why Feng is being lectured by a Chinese consul, making clear that if Feng continues rocking the boat with his current series of columns, there’ll be significant consequences -- never mind that this onetime Chinese national recently became a US citizen.

One wouldn’t think Danlin’s columns could cause such consternation; they involve a takedown of “Love and Death in September,” a soon-to-be-published Chinese romance novel penned by Yan Haili -- none other than Danlin’s ex-wife, who’d unceremoniously dumped him when he’d followed her to America seven years earlier.

But some heavy hitters in the Chinese cultural establishment have thrown their weight behind the novel; packaged with its attractive, pro-China author, they see it as a means of advancing China’s cause in the West. Danlin thinks it’s schlock and battle is joined, with political stakes including Sino-American relations.