The attention Luxrobo has attracted via its crowdfunding campaign is a result of the innovative and original features of MODI, which is a set of modular devices -- each with their own unique function -- that can be combined in diverse ways to create Internet of Things devices or robots. 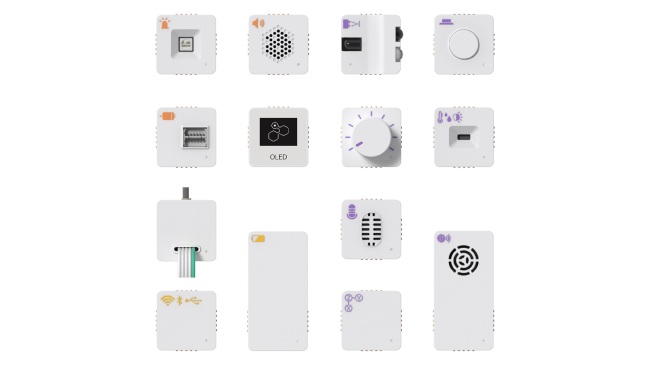 The modules are classified into three types -- input, output, and setup modules -- and can be assembled to create devices that serve consumers’ diverse needs.

For example, to modify an existing device so that it can be turned on or off from the bedroom via clapping, all one has to do is combine a “mic” module to detect the clapping sound, a “motor controller” module to control the device, and a “battery” module to power the MODI device. The modules connect to one another conveniently via pin-shaped magnets.

Director Seokjung Kim of Luxrobo said, “Although the connections between modules are made using magnets, we designed the modules so that this will not have any impact on the operation of the device.”