The Coast Guard's central regional headquarters said an M60 machine gun was fired into the sky to seize two Chinese fishing vessels that were operating illegally off the western port city of Incheon around 5:00 p.m. 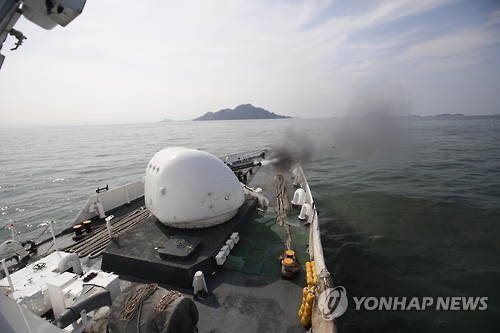 No Chinese fishermen were harmed and nothing was damaged, an official source said.

The Coast Guard said the gun was fired as fishing boats tried to run away despite repeated warnings to heave to.

South Korea has been making efforts to toughen measures against illegal fishing following the sinking of one of its patrol boats last month.

On Oct. 7, a 4.5-ton South Korean Coast Guard speedboat was rear ended and sank while it was carrying out a crackdown operation on Chinese vessels poaching in the Yellow Sea. 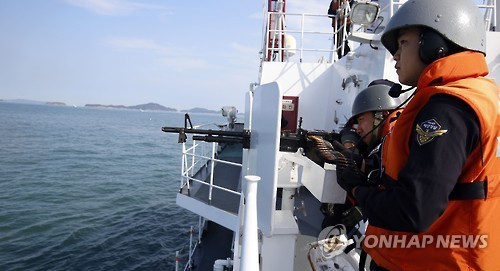