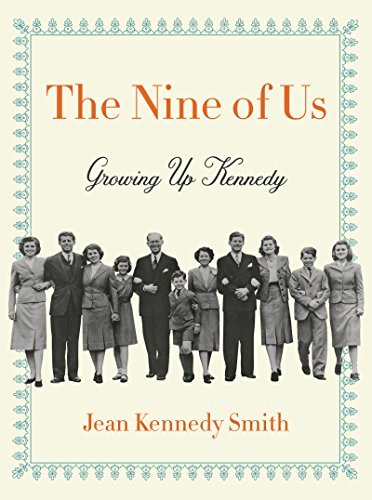 Jean Kennedy Smith takes comfort in memory in her new book, “The Nine of Us: Growing Up Kennedy.” Now 88, the last of her parents’ children alive, the former ambassador to Ireland is entitled to tell the story of her storied family any way she likes. After all, she was there.

One might wish that she was, well, a little more “there” -- or, perhaps, more revealing -- but such is the difference between “memoir” and “history.”

Smith doesn’t tell the whole story; leave that to the gazillions of Kennedy books out there, from the scholarly to the scandalous.

“The Nine of Us” is her clear, steady focus. While the book reaches back to the 19th century roots of the Kennedy and Fitzgerald families in Boston and touches briefly on today, Smith writes mostly of a time in the 1920s, 1930s and 1940s when her wealthy and political family was winning considerable renown but had not yet become the cultural superstars they would be beginning in the 1960s, a definite gradation of profile and power most of us will never experience.

While the title of the book refers to the nine Kennedy children, the real stars here are the Kennedy parents, who, Smith writes in her dedication, “were always there for us, through the good times and bad.” Joseph P. Kennedy Sr. and Rose Fitzgerald Kennedy seem to do no wrong in her eyes. (TNS)