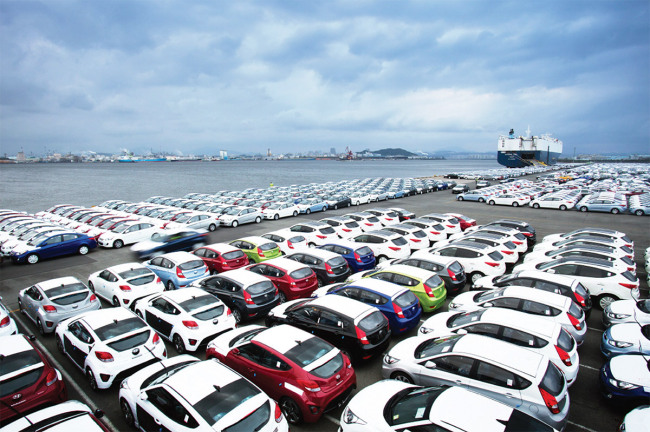 However, the carmaker’s revenue gained 2.9 percent on-year to 69.11 trillion won (US$60.52 billion) over the cited period, according to the officials.

Such a discrepancy was more dramatic for the country’s No. 2 carmaker Kia Motors, whose nine-month sales slipped 2.1 percent on-year to 2.14 million vehicles, but revenue jumped 8.4 percent to nearly 39.8 trillion won over the cited period.

The officials from the two automakers attributed the rise in revenue to an increase in sales of large, high-end vehicles, including SUVs.

For instance, large and midsized sedans and SUVs accounted for 63.2 percent of all Kia vehicles sold in the January-September period, up 9.2 percentage points from the same period last year, while the portion of compact cars declined to 46.2 percent from 49.1 percent over the cited period.