Wrapping up a grueling four-month investigation last week, prosecutors indicted Lotte Group Chairman Shin Dong-bin, his father and elder brother without detention on charges of embezzlement and other business irregularities.

According to sources, Hotel Lotte is moving to issue bonds according to its plans for an initial public offering. 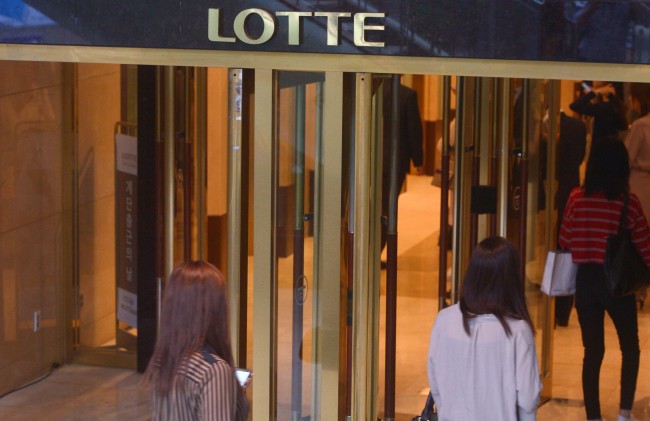 “Should the company retry an IPO next year, it could help lower borrowing costs,” a Hotel Lotte official said. “There is a high possibility of pushing to resume debt sales, timed with the IPO.”

The hotel and duty-free operator had initially planned to go public on the Seoul bourse in June, but it was forced to delay it due to the widening investigation.

The IPO was the key reform pledge the chairman had made to better the murky governance structure of the business empire following an acrimonious succession battle with his brother Dong-joo.

Lotte Corp., which is expected to see 100 billion won worth of bonds mature in December, said it is considering the timing of resuming debt sales.

“We plan to restart debt sales in line with the timing of Hotel Lotte’s IPO, which will have a great impact on coupon rates,” a company official said. Hotel Lotte is a key shareholder of the non-residential builder.

Lotte Rental Car, the nation’s biggest rental car company, said it is mulling issuing bonds and borrowing money from banks to repay 330 billion won worth of commercial paper that matures by the end of the year.