Announcing a new compensation program for the Note 7 users on Oct. 24, the company said it would offer a 50-percent indirect discount for current Note 7 users on their purchase of the firm’s new flagship phones, including “the Galaxy S8 and Galaxy Note 8.” 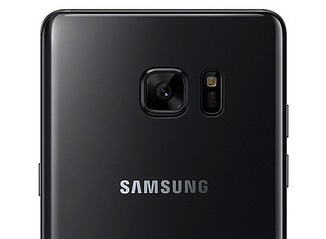 Samsung said participants in the new program would have to buy the S7 and the S7 Edge first, and then they can replace their handset with the S8 and Note 8 when the new flagship phones are released next year.

The participants will have to pay 12-month installments of the S7 or the curved-screen variant on a two-year contract and the tech giant will cover the remaining installments.

Following a series of explosion reports and the phone’s ultimate withdrawal from the market, speculation had been raising that Samsung could ditch the Note brand to improve its brand image and restore consumer trust.

There have been a total of 96 reports of explosion and fire in the US, while five incidents have been reported in Korea.

Samsung is still struggling to find the exact cause of the phone’s explosion. In the first recall issued in September, the company blamed faulty batteries made by Samsung SDI for the exploding phones. But after even replacement devices with new batteries caught fire, the company decided to suspend sales and production of the phone early this month.