LG to give up modular concept for next flagship phone

According to news reports on Oct. 21, the Korean tech giant has made the decision following the dismal failure of the G5, the industry’s first modular smartphone that is accompanied with accessory modules that improve camera and audio functions.

Despite the highly publicized debut in February, the phone has failed to appeal to customers who complain about the high price and practicality of accessory modules. Analysts predict a modest 7 million unit sales of the G5 this year. 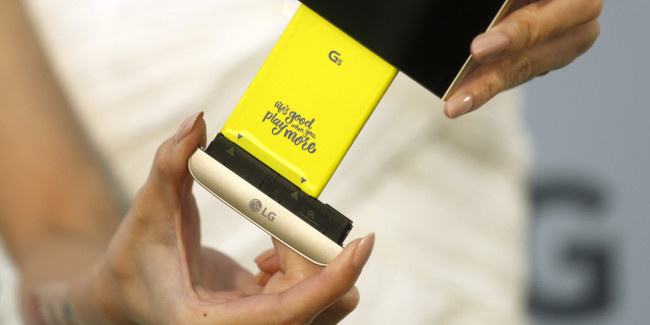 With its sluggish device sales showing no sign of recovery, the mobile business division has continued shrinking its organization to cut costs. The unit recently pledged to focus resources on its premium G and V series, while reducing low-end lineups.

An LG spokesperson said nothing has been confirmed about the upcoming G6, including about giving up the modular concept.

In its earnings guidance announced early this month, LG said it would see 283.2 billion won (US$253 million) in its third-quarter operating profit, missing analysts’ estimate of 319.4 billion won.