Korean conglomerates’ investments in tax havens on the rise

According to the information revealed by Rep. Park Kwang-on of the main opposition Minjoo Party of Korea, local conglomerates transferred nearly 441.55 trillion won to known tax havens between 2011 and 2015.

Over the same period, 318.18 trillion won was transferred into Korea from the concerned regions including the Cayman Islands and Panama. 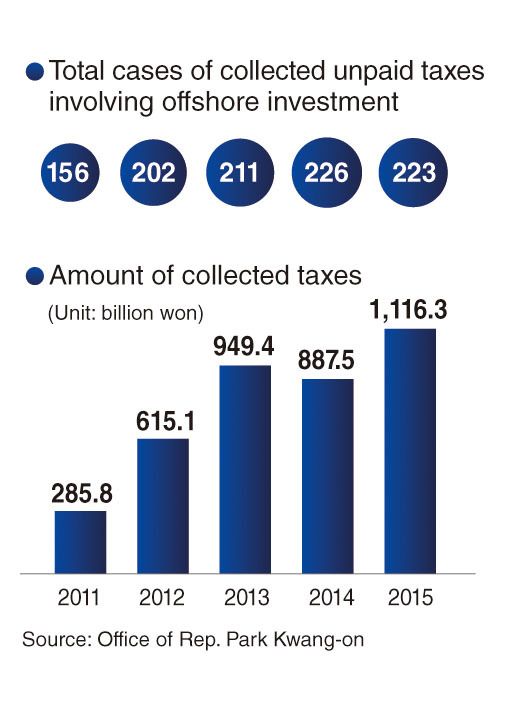 More than 22.93 trillion won was invested directly in the tax havens, such as for establishing companies, factories and buying real estate.

Along with the rise in investments in tax havens, the number of tax audits and the amount of taxes resulting from the audits have also increased. The data showed that the National Tax Service conduced 156 investigations and levied 285.8 billion won taxes in 2011, but in 2015 the number of audits rose to 223 and it levied nearly 1.12 trillion won in taxes.