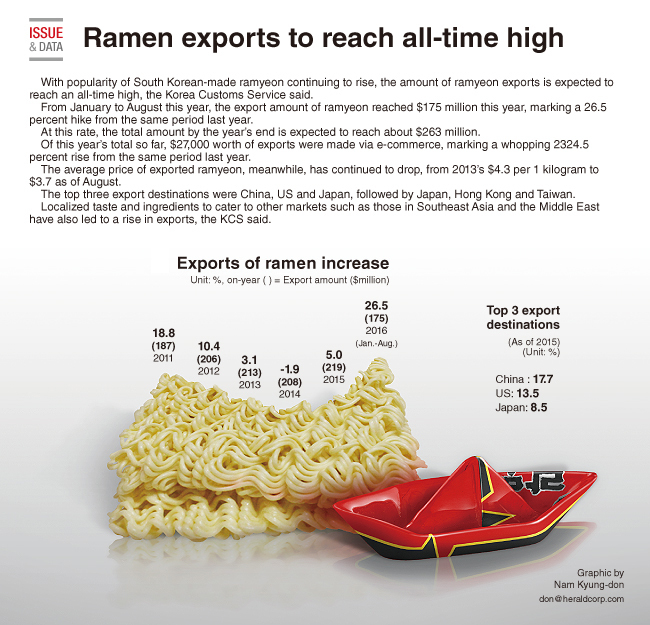 With popularity of South Korean-made ramyeon continuing to rise, the amount of ramyeon exports is expected to reach an all-time high, the Korea Customs Service said.

From January to August this year, the export amount of ramyeon reached $175 million this year, marking a 26.5 percent hike from the same period last year.

At this rate, the total amount by the year’s end is expected to reach about $263 million.

Of this year’s total so far, $27,000 worth of exports were made via e-commerce, marking a whopping 2324.5 percent rise from the same period last year.

The top three export destinations were China, US and Japan, followed by Japan, Hong Kong and Taiwan.

Localized taste and ingredients to cater to other markets such as those in Southeast Asia and the Middle East have also led to a rise in exports, the KCS said.