By Ock Hyun-ju
Published : Oct 5, 2016 - 16:42       Updated : Oct 5, 2016 - 18:24
South Korea’s opposition parties on Wednesday submitted a motion calling for a special investigation into the death of Baek Nam-gi, an activist farmer who died last month after having been struck by a police water cannon blast during an anti-government rally.

“The opposition parties, along with Baek’s family, submitted a request for a special investigation to hold the reckless public authority accountable and find the truth behind his death,” said Rep. Park Ji-won of the People’s Party at a parliamentary meeting.

The People‘s Party is among the three political blocs united for the motion, with the two others being the main opposition The Minjoo Party of Korea and far-left minority Justice Party. 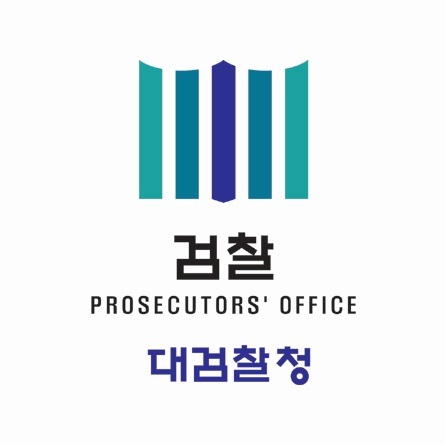 “As the government, which led Baek to die, argues that Baek died of an illness, opening a special investigation is the only answer (to find the truth).”

Under the current law, an independent counsel can launch an investigation when requested by a majority of parliamentarians or the Justice Minister.

If the proposal is passed, the parliamentary speaker sets up a special committee to recommend candidates to lead the probe and the president makes the final appointment. The special prosecution is given 60 days for a probe, which can be extended once for 30 days.

The special investigation will allegedly center on the legitimacy of the use of force by police, cause of Baek’s death and alleged errors in his death report written by Seoul National University Hospital.

Liberal civic groups and opposition parties lashed out at the police for using excessive force to crack down on rallies, while the police and ruling party cited the need to keep public order and dismantle what they called illegal and violent protests.

Controversy has intensified since the 69-year-old died on Sept. 25 at SNUH, where he had remained in a coma for 317 days, as the police called for an autopsy.

Baek died of acute renal failure, which doctors, civic groups and his family see as a result of a cerebral hemorrhage Baek was diagnosed with after he was directly hit by a blast from the police water cannon.

Police applied for an autopsy warrant last week, claiming there were no confirmed links between the police water cannon blast and Baek’s death. The court issued a conditional warrant, requiring the police to seek consent of Baek’s families on how, why and by whom the autopsy is carried out.

Police said they plan to execute the warrant before it expires Oct. 25.

Baek’s family and their supporters have protested the autopsy plan, calling it “an insult” to the deceased and an attempt to shift the blame for his death elsewhere. They said that an autopsy is unnecessary, as the cause of Baek’s death was clearly the water cannon blast.

Baek’s main doctor at SNUH further enraged Baek’s family after he put “illness,” not an “external element,” for the cause of his death in a hospital report. The doctor said that additional treatment could have saved Baek’s life, adding that Baek’s family did not allow him to perform hemodialysis.

The family officially demanded the hospital revise the cause of death of Baek from illness to external injury.

In the parliamentary audit by the Legislation and Judiciary Committee held Wednesday, the rival parties wrangled over whether to bring in the judge who issued the warrant as a witness and the conditions set in the autopsy warrant.

“Judge Seong Chang-ho himself should explain what conditions in the autopsy warrant mean how it should be interpreted to ease confusion,” Rep. Park Ju-min of the Minjoo Party said.

“As the audit cannot be conducted with an aim to peddle influence in an investigation or trial, bringing in the judge for questioning could lead to problems,” said prosecutor-turned-lawmaker Kim Jin-tae of the Saenuri Party.

While the opposition party claimed the warrant can only be executed when conditions in the autopsy warrant are met, the ruling party argued the police can conduct the autopsy as long as they inform Baek’s family of their plan.

“The court is triggering controversy by issuing an unprecedented form of warrant,” said Rep. Oh Sin-hwan of the Saenuri Party. “The conditions in the warrant should be seen as allowing the police to conduct an autopsy on Baek’s body if the police offer information to the bereaved families.”

The rival parties in unison accused the court of dodging its responsibility to decide on the legality of the autopsy on Baek’s body.

“The role of the court is to resolve a dispute, but the warrant appeared to accelerate the conflicts,” said Rep. Lee Chun-seong of the Minjoo Party during the parliamentary audit.