Besides facility downsizing, steel and petrochemicals companies will be induced to implement mergers and acquisitions for such uncompetitive products as thick plates, steel tubes, terephthalic acid and polystyrene, under the government's campaign to strengthen their competitiveness and sustainability in the global market, officials said. 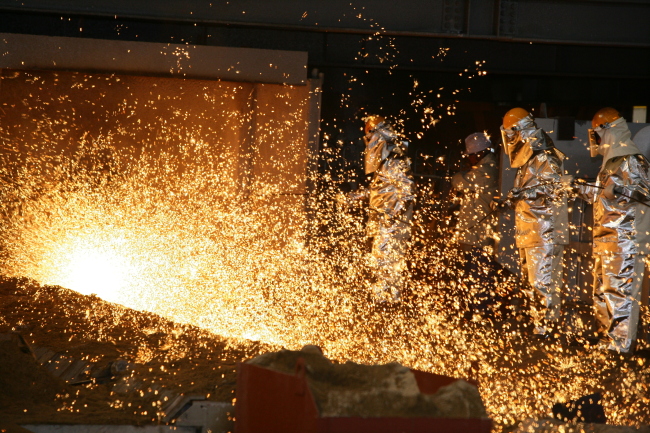 The government has worked on the scheme for nearly three months as part of its efforts to boost the competitiveness of the troubled shipbuilding, steelmaking and petrochemical sectors, with three private consulting firms, including Boston Consulting Group, offering a review and business outlook on the industries.

For the steelmaking businesses, the government and the private sector will join hands to develop new technologies that use hydrogen in iron ore smelting to reduce carbon dioxide emissions.

Upgraded environment-friendly blast furnaces, which can reduce CO2 emissions by 15 percent, will be introduced from 2023. It also suggested the steelmakers reduce facilities of thick steel plates, which are mainly used to build large-sized vessels, as global demand has been on a steep decline. South Korean companies currently have a combined capacity of 14.59 million tons per year.

As a result, the government said the steelmaking and petrochemical companies will invest more money into research and development step by step. It will raise the percentage of R&D investment out of their sales to 5 percent by 2025 from the current 2 percent.