According to the ministry, about 221,870 vehicles with Takata’s air bags that were produced and sold before 2011 should be recalled here.

Since 2013, some 23,000 air bags have been recalled for safety defects as of the first half of this year. An additional 110,000 vehicles produced by 13 carmakers will be inspected for possible replacements in phases. 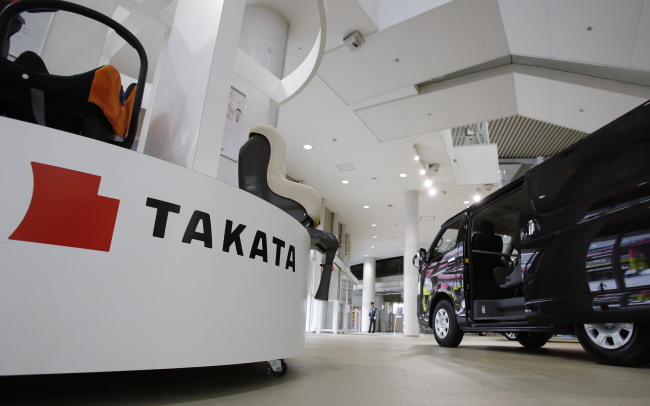 But three companies, including General Motors, Mercedes-Benz and Hanbul Motors, the Korean importer of Peugeot and Citroen brands, have asked Korean regulators to delay a recall, saying their own investigations are still ongoing and the recall has not yet been decided in other markets.

GM Korea, which oversees General Motors and Cadillac brands, has to recall the largest 96,000 vehicles in Korea.

“The US headquarters has not yet decided on the recall for now. We will report our investigation results to the Korean government and then take follow-up measures,” said a GM Korea official.

The ministry said it could consider a criminal charge if the carmakers are delaying the recall without proper reasons.