This is the first time an unpaid leave program is being carried out by the company since its foundation in 1999. Hyundai Samho is one of the three shipbuilders that form the backbone of Hyundai Heavy Industries. 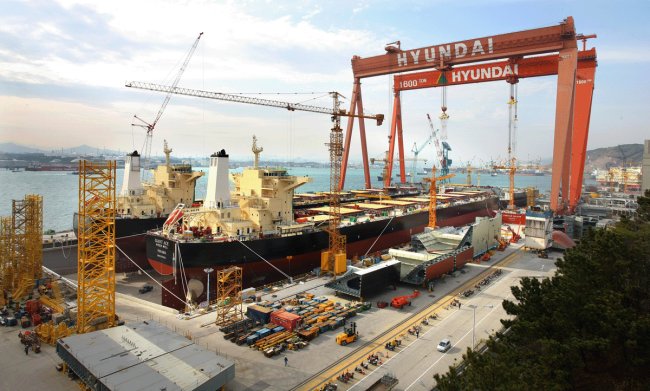 Unpaid leave, for a minimum of three weeks, will be made available to workers in select departments.

Although Hyundai Heavy has managed to post profits during the first half of the year, the group’s shipbuilders -- Hyundai Heavy Industries, Hyundai Samho and Hyundai Mipo Dockyard -- have fallen far short of targets this year. They had set the target for new contracts at US$19.7 billion, but only won contracts worth US$2.4 billion by end-July.