Local civic groups boycotting Oxy’s products and their sales through retailers globally have urged the state-run pension fund to withdraw its investments in the firms, citing the responsible investment principles in its asset management guidelines. 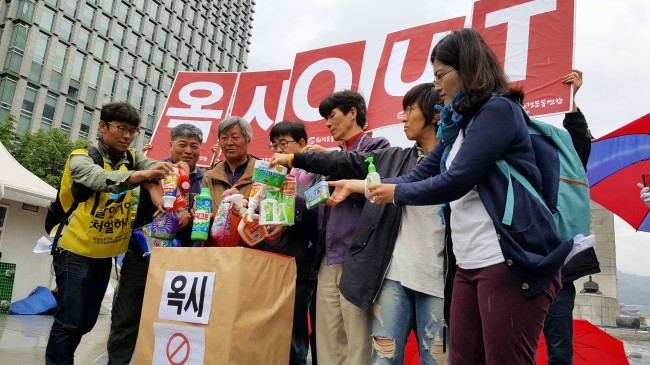 The fund declined to further elaborate on when and how much investments were reduced.

The fund added it has not yet adjusted its indirect investments in foreign firms, including Oxy, Tesco and Costco, and is considering the opinions of asset management firms.

On Sept. 22, UK-based Reckitt Benckiser CEO Rakesh Kapoor formally apologized over the toxic humidifier disinfectant scandal. South Korea has confirmed 221 victims in the case. Of them, 177 had used Oxy products.