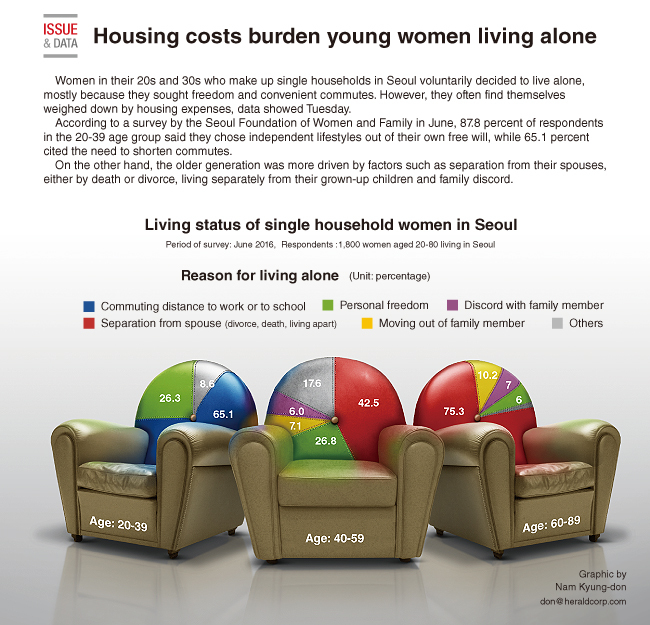 Women in their 20s and 30s who make up single households in Seoul voluntarily decided to live alone, mostly because they sought freedom and convenient commutes. However, they often find themselves weighed down by housing expenses, data showed Tuesday.

According to a survey by the Seoul Foundation of Women and Family in June, 87.8 percent of respondents in the 20-39 age group said they chose independent lifestyles out of their own free will, while 65.1 percent cited the need to shorten commutes.

On the other hand, the older generation was more driven by factors such as separation with their spouses, either by death or divorce, living separately from their grown-up children and family discords.

Among the 500 respondents of the 40-59 age group, 55.6 percent said that they started to live alone due to family splits. The corresponding figure was much higher for those 60 and above, at 92.5 percent.

Meanwhile, 74.2 percent of those who make up single households in their 20s and 30s said they faced the financial burden of housing costs.