Western-themed restaurants thrived for nearly 20 years in the ’90s and 2000s, serving as popular venues to experience food more exotic than kimchi and rice, and to celebrate special occasions.

Driven by technological advancements and economic growth, however, dining has recently become about more than just eating out.

A growing number of Koreans are perceiving dining as a source of fun. They are willing to spare a few hours lining up, just to taste popular New York-style burgers that just landed in Seoul, desserts from Paris and red bean stuffed buns from Daejeon, some 200 kilometers south of Seoul.

Their choice of food is considered an important accomplishment, as it often becomes a subject to write about on social networking services.

“The whole process of searching for what to eat through mobile phones, lining up for a few hours and sharing their experience online is perceived as play for many Koreans,” said an official at SPC Group, a bakery and food service company in Seoul.

“It is also a small luxury they can afford in times of a slowing economy.”

Late last year, the Food Ministry and the Korea Agro-Fisheries and Food Trade Corp. said in their business outlook for 2016 that the nation’s dining industry will face a drastic change with an increasing number of “gastro-nomads.”

The combination of gastronomy and nomad refers to tech-driven people who constantly look for new dining spot through IT platforms including blogs, online reviews and mobile apps. 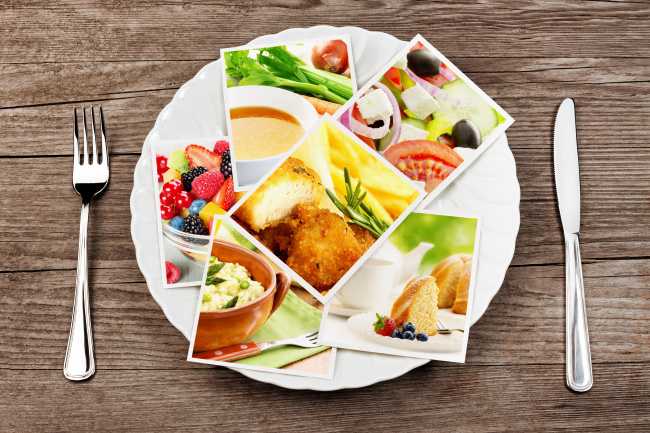 Searching for food after considerable research is a way of pursuing happiness for gastro-nomads.

To them, having fried chicken and beer in their neighborhood is not cool anymore, but making a short trip to Itaewon for handcrafted beer or a premium dessert at retail stores might do, said Park Sang-ho, an official at the Food Ministry.

“Gastro-nomads will become a generalized trend and also a key that drives the nation’s dining industry.”

With 24-hour mobile internet access, customers no longer merely rely on word of mouth when deciding where to eat.

Eating alone is no longer that uncommon among Koreans, although the country’s culture once had a strong emphasis on the importance of being part of a group, based on Asian values and the Confucian hierarchical system.

“People used to hide that they were eating alone. If they bought a lunch box for themselves at a convenience store, they used to eat it at home alone, but not anymore,” Namgung Seol, the head of the Shinhan Trend Research and Institute was quoted as saying by News 1, a local news agency.

“People feel different about living a life alone and it also changed the general consumption pattern.”

A quarter of Koreans live alone and they tend to spend 30 percent more than households with more than two members, according to recent research.

Since the fall of American-style restaurants, the nation’s dining industry has grown a lot bigger in size and diversity.

The dining industry in South Korea is estimated to be worth 84 trillion won, with about 650,000 restaurants in the country as of the end of 2014, according to the government. It is expected to grow, despite the sluggish economy.

According to a report by the Food Ministry in July, the business prospect index for the dining industry for the third quarter of this year improved slightly to reach 74.23 points from 70.29 points in the previous quarter.

Despite this rosy picture, industry insiders stress that efforts should be made to suit the tastes of trend-savvy gastro-nomads.

“Gastro-nomads are people who hold a vast range of information on the food service industry through their mobile phones,” said Chung Moon-mok, the president of CJ Foodville, a food service arm of CJ Group, in a column published by Seoul Daily.