The antitrust watchdog has recently completed a probe into whether Google has increased its market share through its preinstalled mapping and search apps. The European Union is also conducting investigations into similar charges. 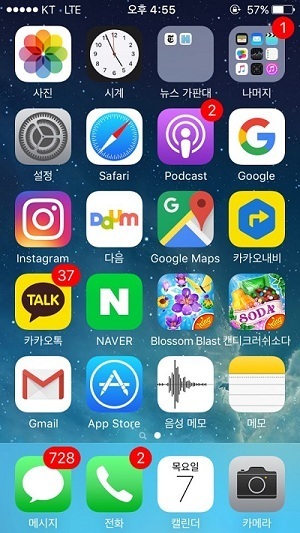 “Google has preinstalled its own apps on Android devices as it does in Europe. But the results were totally different,” an FTC official was quoted as saying by a local news daily.

“Despite the preinstalled apps, most Korean users download their preferred apps such as Naver. Considering the minor impact in the market, there is no good reason to charge Google here.”

In the nation’s search engine market, Google’s market share remained at 2 to 8 percent since its entry in 2008, which compared to Naver’s 70 percent and Kakao’s 15 to 19 percent.

In the meantime, Google recently offered its opposition to a legal revision to uninstall its preloaded apps through the American Chamber of Commerce in Korea.

The planned revision aims to allow users to remove the preloaded apps they don’t need. Following government guidelines announced in 2014, local handset manufacturers and telecom carriers are making their preinstalled apps removable but foreign companies such as Google and Apple still resist following the rules that are not legally binding.