Net profit reached 13.2 billion won ($12 million) on a consolidated basis in the April-June period, compared with 21.4 billion won the previous year, the company said in a regulatory filing. 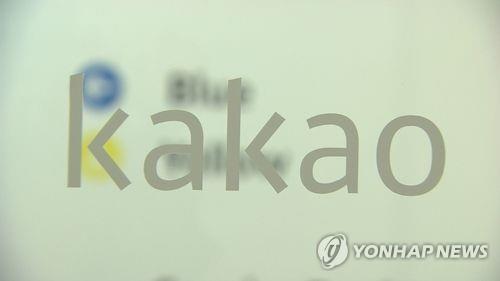 The second-quarter results came after it took over LOEN Entertainment Inc., a local music streaming and download service, in March of the year, for 1.87 trillion won, as part of its efforts to expand its business scope to cover music streaming.

Kakao said the decline in the second-quarter bottom line is attributable to the falling seasonal demand for its advertisement services and increased spending on new businesses.

Kakao said its advertisement business posted sales of 136 billion won in the second quarter, down 12 percent from a year earlier.

Its contents-related sales more than tripled in the second quarter from a year earlier to 190 billion won, which breaks down to 90.5 billion won in music content sales and 78.3 billion won in game sales.

Kakao said it spent 350 billion won in operating expenses in the second quarter, as the company has been expanding investment in finding new growth engines.

KakaoTalk, a mobile and PC messenger program, is used by around 37 million in the country, which has a population of 50 million.

Its strong presence in the area has lent support to the boom of various services, including its taxi-hiring application.

Naver reported a net profit of 213.2 billion won ($189.2 million) for the April-June quarter, compared with a profit of 124 billion won for the same period last year. (Yonhap)