IPhone users here found they were suddenly able to access the Music application that had been for a prolonged time a mere decorative presence on the home screen.

Android users can also use the Apple Music service by downloading the application from Google’s Play Store. 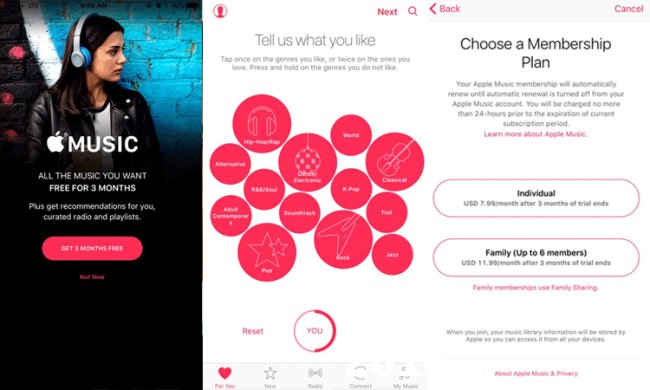 Apple initially excluded Korea from its list of serviced countries because it had failed to reach agreements with music copyright associations here.

In August 2015, the company made contact with Korea’s Ministry of Culture, Sports and Tourism to further negotiate the copyright terms.

The first three trial months on Apple Music are for free. From the fourth month, individual users will be charged $7.99 and family users (maximum 6 people) $11.99.