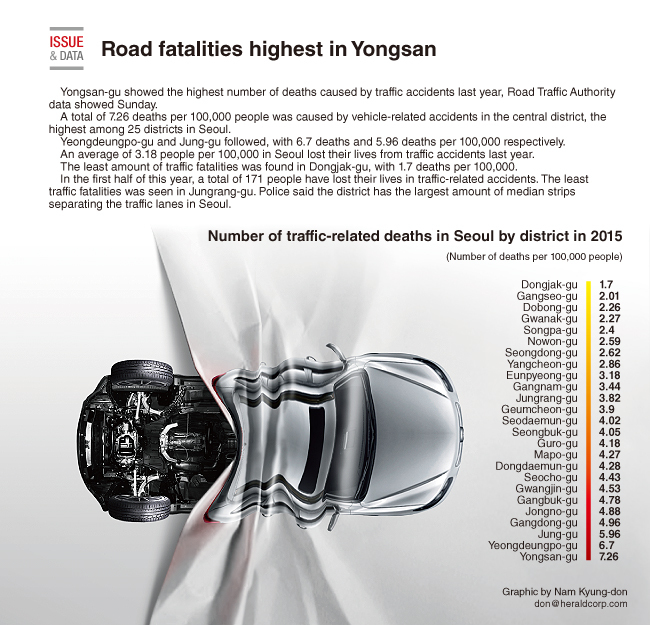 A total of 7.26 deaths per 100,000 people was caused by vehicle-related accidents in the central district, the highest among 25 districts in Seoul.

An average of 3.18 people per 100,000 in Seoul lost their lives from traffic accidents last year.

The least amount of traffic fatalities was found in Dongjak-gu, with 1.7 deaths per 100,000.

In the first half of this year, a total of 171 people have lost their lives in traffic-related accidents. The least traffic fatalities was seen in Jungrang-gu. Police said the district has the largest amount of median strips separating the traffic lanes in Seoul.

Reports have shown that South Korea has one of the higher number of fatalities caused by accidents between pedestrians and vehicles, at 5.2 deaths per 100,000 people. The Organization for Economic Cooperation and Development average is 1.57. The OECD report suggested lowering the speed limit from the current 60 kilometers per hour to around 50 kilometers per hour, which is the average among advanced countries.