The Texas Rangers' Korean outfielder Choo Shin-soo is headed to the disabled list for the third time this season.

The Rangers placed Choo on the 15-day DL on Wednesday (local time) with inflammation in his lower back. The club said he had an anti-inflammatory injection and is expected to miss up to 14 days. 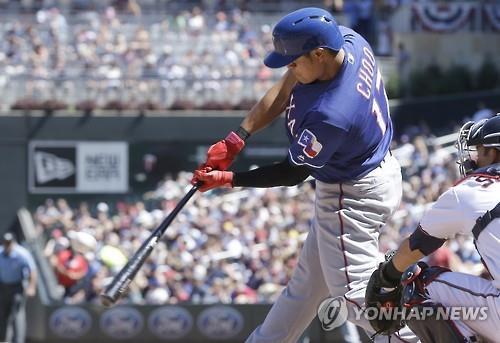 Choo was out from April 9 to May 19 with a right calf injury.

He played one game and then went back on the DL with a left hamstring injury, missing action from May 21 to June 12.

He had missed the Rangers' first three games since the All-Star break and had a pinch-hit at-bat Monday. He returned to the starting lineup Tuesday as the designated hitter but went 0-for-5 with two strikeouts.