Koreans spend more than $3,000 a year on insurance

Koreans paid more than a combined $3,000 per policy holder in insurance premiums for the year ended in March, a market researcher said Wednesday.

Koreans' insurance density stood at $3,034 in the financial year 2015-16, compared with $2,332 in 2010, Swiss Re, the world's second-largest reinsurer based in Switzerland, said in its sigma report, referring to per capita premiums. 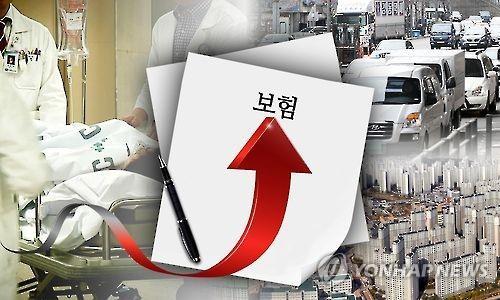 It said Korea's premium per person is the 18th highest in the world, five notches higher than in 2010.

The Cayman Islands, a British territory in the western Caribbean Sea, topped the list by paying $12,619 per capita premium, followed by Switzerland with $7,370 and Hong Kong with $6,271.

The report said Korea's total premiums stood at $154 billion, the eighth largest in the world. The figures represent a 4.8 percent increase from a year earlier.

The United States was the largest insurance market with $1.31 trillion, followed by Japan with $450 billion. (Yonhap)