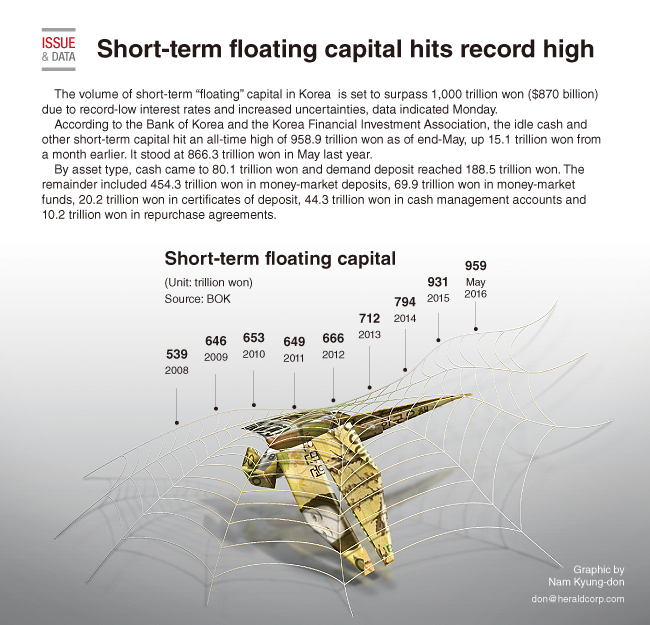 The volume of short-term “floating” capital in Korea is set to surpass 1,000 trillion won ($870 billion) due to record-low interest rates and increased uncertainties, data indicated Monday.

According to the Bank of Korea and the Korea Financial Investment Association, the idle cash and other short-term capital hit an all-time high of 958.9 trillion won as of end-May, up 15.1 trillion won from a month earlier. It stood at 866.3 trillion won in May last year.