The manager of the defending Korean baseball champions received a contract extension on Monday.

The Doosan Bears in the Korea Baseball Organization said they and Kim Tae-hyung have agreed in principle to a three-year contract extension, which will take the 48-year-old through the 2019 season. 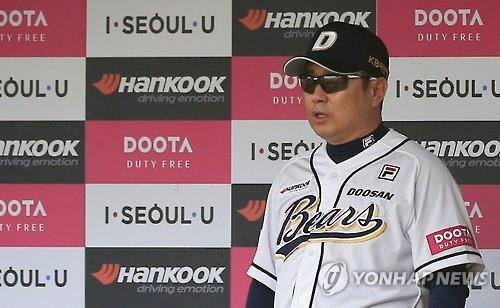 The financial details will be negotiated after the end of this season. Kim took over the Bears before the 2015 season on a two-year deal.

The Bears, despite losing All-Star outfielder Kim Hyun-soo to the Baltimore Orioles via free agency, have been even better this year. They're leading the 10-team league at 55-27-1 (wins-losses-ties), 4.5 games ahead of the NC Dinos.

The Bears said they wanted to give Kim more stability for the rest of this season and allow him to keep building for the future. (Yonhap)