The sources confirmed that HMM, the country’s No. 2 shipping line, is seeking to sell stocks at 8,890 won per share to creditors, bondholders, owners of chartered ships and even retail investors this month. 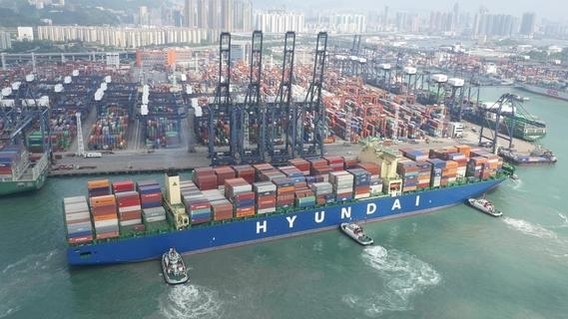 Of the proposed amount, some 1.9 trillion won, or 76 percent, is part of a debt rescheduling scheme agreed on with creditors, bondholders and the owners of chartered fleet.

After the stock sale, the state-run Korea Development Bank-led creditors will emerge as the No. 1 shareholder in the shipping line with some 40 percent.

The stake held by current majority shareholders, including Hyundai Group affiliates, will be reduced to below 1 percent, from 22.60 percent, after the stock sale and a capital reduction, the sources said.

In April, its creditors approved the shipper’s restructuring plan in return for the company meeting three key prerequisites -- a debt recast, a charter rate cut and an inclusion into a global shipping alliance.

Earlier, Hyundai Merchant said its talks to be part of the world’s largest shipping alliance, 2M, have made significant progress and are likely to be finalized soon.

Hyundai Merchant and owners agreed to cut leasing rates on chartered ships by over 20 percent.

Also, bondholders of HMM approved a 804.2 billion-won debt rescheduling proposal, under which more than half of its debt will be swapped for the shipper’s stocks and the remaining debt will be paid back in two years.

The creditors also agreed to swap 680 billion won worth of debt for the shipper’s stocks as part efforts to keep the shipper afloat.