The disclosure items include name, nationality and address. The investors must provide the data to the Financial Supervisory Service within three trading sessions. The filings will then be put on the home page of the Korea Exchange for all investors to see. 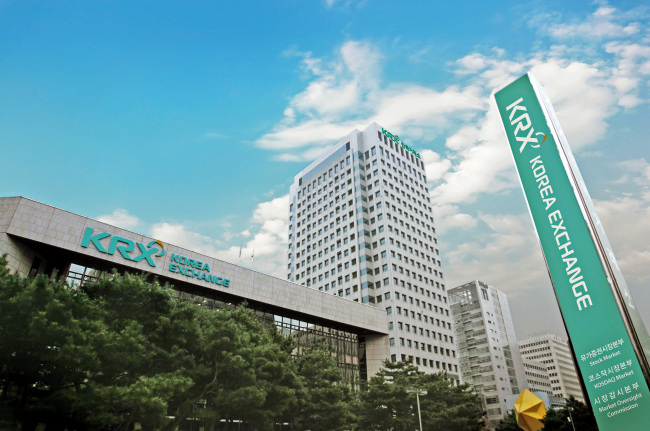 This is a regulatory development in terms of placating local small investors, who have continuously criticized institutions for pulling down the KOSPI and KOSDAQ indexes through habitual short selling.

However, it is not enough to resolve the fundamental problem arising from the inequality between individual and institutional investors.

In Korea, retail investors are more or less shut out from short-selling due to complicated requirements.

This is certainly not the case for institutional investors.

The punishment for violating the latest disclosure regulation is also a slap on the wrist at most.

Short selling is of course, a legitimate trading skill. Institutions can reap gains by dumping borrowed stocks and repurchasing them at lower prices later -- which is called short covering. After making these gains, the institutions hand back the shares to the original holders, such as individuals and public pensions.

Under the latest regulations, violators could be levied fines of up to 50 million won (US$42,600).

But the figure is highly negligible when compared to ordinary disclosure rule regulations in which perpetrators like those engaging in the falsification of financial statements could be fined up to 2 billion won.

Further, Korea has been relatively lukewarm in reprimanding those violating disclosure regulations. Many institutional violators have escaped with regulatory warnings or other lower level sanctions instead of fines.

In contrast, some advanced countries don’t even have a ceiling on fines leved for disclosure rule breaches. If there is a ceiling, it is often set at a lofty price of 10 billion won.

For institutional investors who have much more to gain from short sales, a 50 million won fine may be worth risking.

Individual investors are more concerned about why the authorities don't make it easier for them to access such investment practices.

The financial authority has to address their concerns in a reasonable manner, including an explanation of why such regulations must exist.

The authority also needs to publicize its logic so that the public can compare the local rule with global standards. For instance, it should explain the difference between the local system and that of the U.S., in which the Securities and Exchange Commission broadly allows individuals to exercise short-selling authority.

Individuals investing in Nikkei equities are also given similar rights under the guidance of the Japanese Financial Services Agency.

Therefore, the public has sufficient grounds to argue that local rules are not in line with policymakers’ pledge to upgrade and globalize the local capital market. It could also keep individual foreign investors away from the Korean bourse.

Apart from the financial authority, the National Assembly also cannot free itself from the criticism that they are sitting idly by while the unfair rule remains.