[THE INVESTOR] Naver ’s chairman Lee Hae-jin is something of an enigma in Korea’s corporate community. Unlike other businesspeople who are household names, Lee remains mostly out of the public eye.

From behemoths Samsung Group and Hyundai Motor Group to small and medium enterprises, the founders of corporations and their descendants often try to maintain a tight grip on their companies through shares. Numerous Korean businesspeople have been found to have illegally passed on assets to their families, and engaged in shady accounting and shareholding structures to maintain their status as “owner” of their companies. 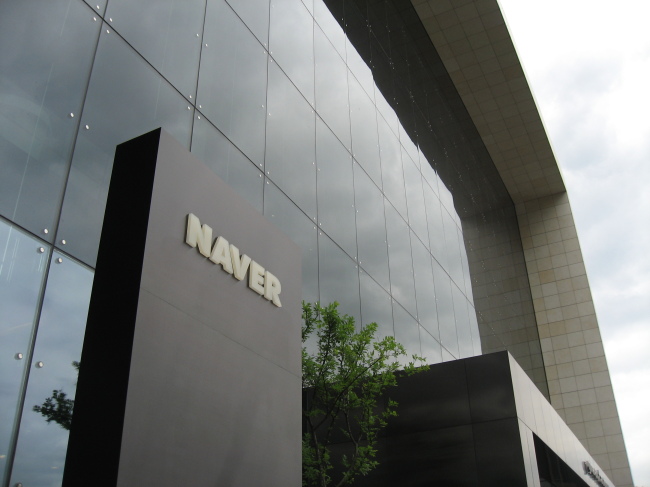 Since the company was founded, Lee has never had controlling stake in his company. Over the years, his stake in Naver has gradually dropped and recently fell below 5 percent, making him the third largest shareholder after the National Pension Service, and Capital Group Companies.

Such an unconventional approach is driven by Lee’s performance-focused views, which was demonstrated by volume of stock options granted to himself and Shin Joong-ho, the chief global officer of Naver’s mobile messaging service Line, industry watchers say.

Lee, who remains infamously recluse, is said to put more value in performance than other aspects and wishes to keep his lead role in Naver by showing results.

Such changes are clearly reflected in Naver’s share price which has undergone staggering increase, going from the par value of 500 won (US$ 0.40) to 739,000 won at market closing on June 24. 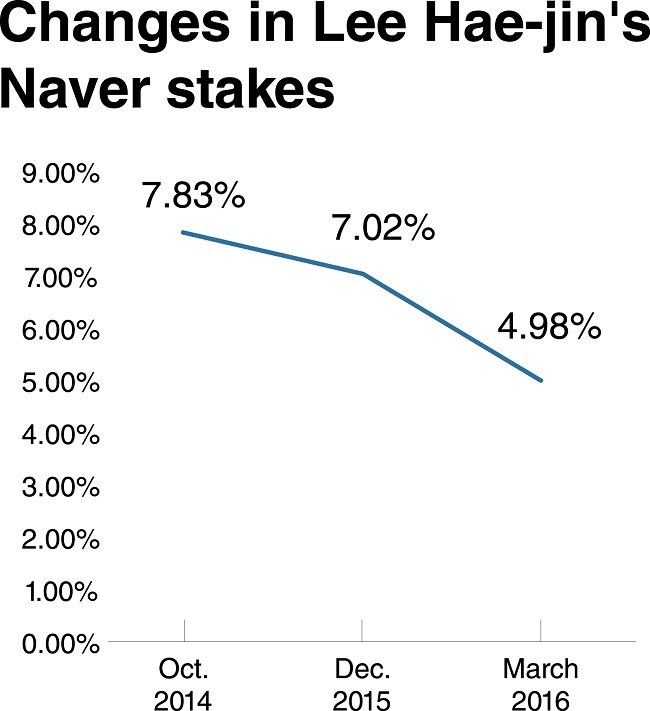 For Naver, LINE represents a major achievement and a glimmer of hope for its future outside Korea.

However, LINE and Naver’s plans for listing in Japan and the US have been met with speculation and worries.

While some local news outlets have raised the possibility that listing LINE will affect Lee’s control over Naver and its affiliates, experts say that there is no real concern.

Korean analysts say that even after LINE goes public, Naver will have controlling stake in the company.
In the June 10 regulatory filing, Naver said that 35 million new shares of Line will be issued, and 13 million will be allotted to the Japanese market and the remainder for foreign investors outside Japan. 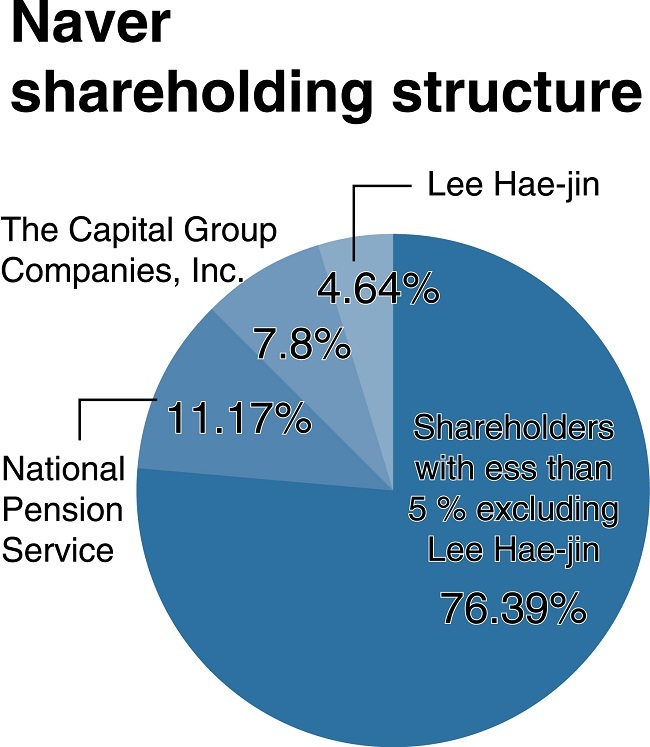 The figure of 35 million, however, will have little effect on control of LINE, with nearly 175 million shares already held by Lee, Naver, LINE’s chief global officer Shin and other key executives.

Korean analysts have put LINE’s market capitalization estimate at about 6.3 trillion won immediately after listing, putting LINE share price at about 30,000 won.
At these figures, Lee could gain about 150 billion won with the 5.572 million shares he received as stock options, fanning speculation that he may use the funds to strengthen his position in Naver.

However, simple arithmetic suggests that such a move would be ineffectual, and therefore unlikely. At the June 24 closing price of 739,000 won, the funds Lee could potentially raise with LINE shares would secure upward of 200,000 Naver shares. Although the funds involved in such a transaction would be significant, the move would give him less than 0.1 percentage point change in his stake in Naver.

“The listing of LINE is a complex issue. There is (the reason of) raising funds, and it is also an appraisal of LINE,” HMC Investment Securities analyst Hwang Sung-jin said.

He added that once the company is listed, LINE’s value that had been “hidden” from the public eye will be added to that of Naver.

Hwang said that the reason Naver shares dropped immediately after the IPO plans for LINE were announced, was that LINE’s projected market capitalization was lower than expected, and that it was only a temporary issue.

He also said that while it is true that mobile messenger service market is saturated, LINE is one of the companies that caused the saturation, meaning the company has sufficient clout in the market.

However, many foreign media outlets have been less understanding, with analyses ranging from limited growth potential to advising investors to think carefully about LINE. While such reviews remain to be seen, the timing of LINE’s listing could have been better, as many markets reel from the results of the recent Brexit referendum.

Many industry watchers say that should LINE shares drop, Naver shares will fall too.