Following a series of anniversary exhibitions at galleries and museums in Korea marking the 10th anniversary of Nam June Paik’s death, the new Nam June Paik exhibition at SeMA sheds light not only on his artworks, but also on the Fluxus Movement that laid the foundations for Paik’s creations.
Divided into two sections, the Nam June Paik memorial show presents 15 video installations, drawings and photographs by Paik, plus some 200 works of then active Fluxus Movement members, including John Cage, Joseph Beuys, George Maciunas and Yoko Ono. Among Nam June Paik’s video installations are “Married Buddha” and the large-scale television installation “W3,” which consists of 64 television monitors through which the artist portrayed his vision of the Internet era. 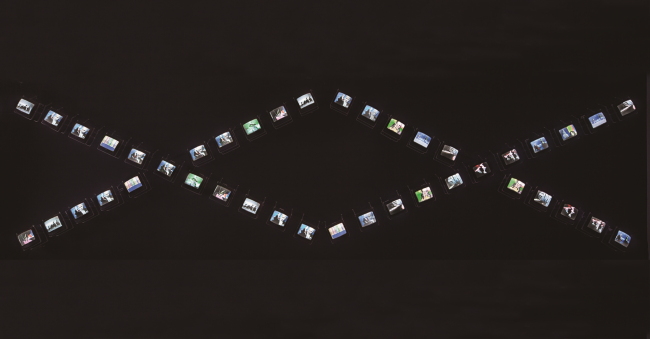 "W3" by Nam June Paik (Hakgojae Gallery)
“There have been many exhibitions that honor Nam June Paik, and SeMA seeks to explore the root of Nam June Paik’s art, which is the Fluxus Movement and his creativity inspired by the movement. It also shows how the movement has evolved from its very start to today.” said curator Hong E-ji in the press preview last Wednesday at the museum. The Fluxus Movement, emerged in the 1960s, was an “anti-art” avant-garde movement that sought to break stereotypes of art. 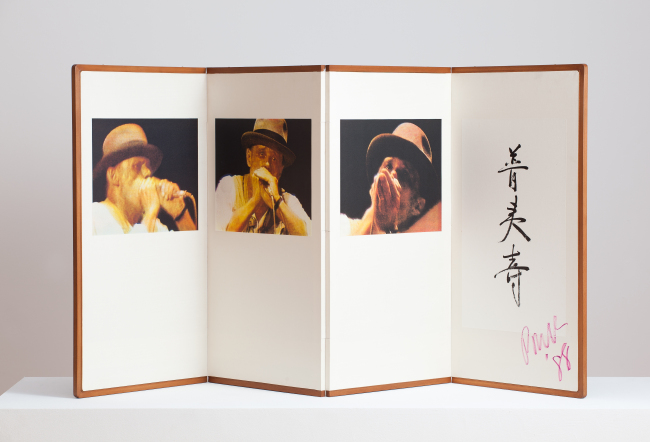 "Beuys Vox" by Nam June Paik (SeMA)
Danish artist Eric Andersen, one of the earlier members of the Fluxus Movement, suggests a peculiar and forcible way to pay tribute to Paik with his site-specific installation “Crying Space.” Visitors are asked to sit in front of a fan and turn it on. The fan creates a heavy gust of wind with a loud noise, which hits the faces of visitors and makes their eyes watery. Andersen placed a granite stone table with two shallow holes for visitors to let their tears fall into.

“I would like to point to a saying from the ancient Greek people. The most fragile part of the human body is tears, but that eventually changes the most solid part of the earth,” Andersen said.

Amid the mystery surrounding the death of Chun Kyung-ja last year, and ongoing forgery controversy around her “Beautiful Woman” painting, the SeMA showcases some 100 paintings by the Korean cultural icon to mark the 1st anniversary of her death.

Chun’s death has been shrouded in mystery since it was reported she passed away on Aug. 6 in New York last year. The artist, who was 91, reportedly had a cerebral hemorrhage in 2003 and had suffered from poor health since then.

Chun’s death was revealed two months after it happened, when the artist’s eldest daughter, with whom she lived in New York, visited the museum in October carrying the remains of the artist. Her death had been kept secret even from the rest of the family for about two months.

Her death also reignited the long-running controversy over the authenticity of her “Beautiful Woman” painting. Last year, Chun’s family sued the National Museum of Modern and Contemporary Art, in possession of the painting for 25 years now, for defamation and violation of copyright, in order to resolve the long-running dispute.

Chun had long claimed that the portrait of a woman was a forgery. The MMCA, however, has claimed otherwise after it had the painting appraised and confirmed to be authentic in the 1990s. 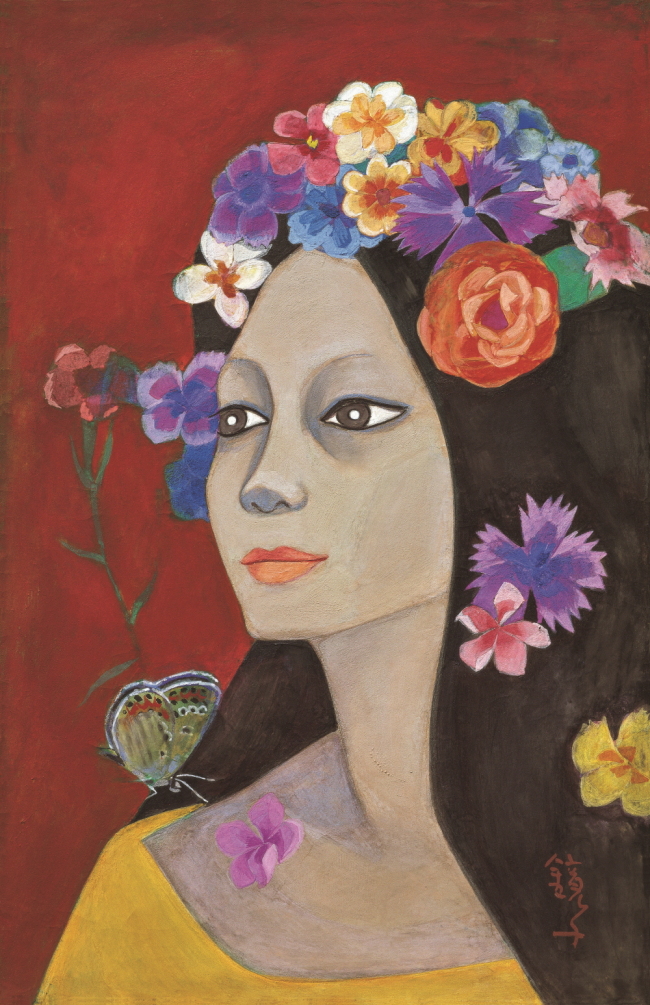 "Solitude" by Chun Kyung-ja (SeMA)
Distraught by the incident, Chun declared she would stop painting and left for the U.S. Shortly before she left for New York, Chun donated a total of 93 paintings to the SeMA, along with their copyrights in 1998.

The exhibition showcases the 93 paintings, which offers a chronological path to the life of Chun and her art world. 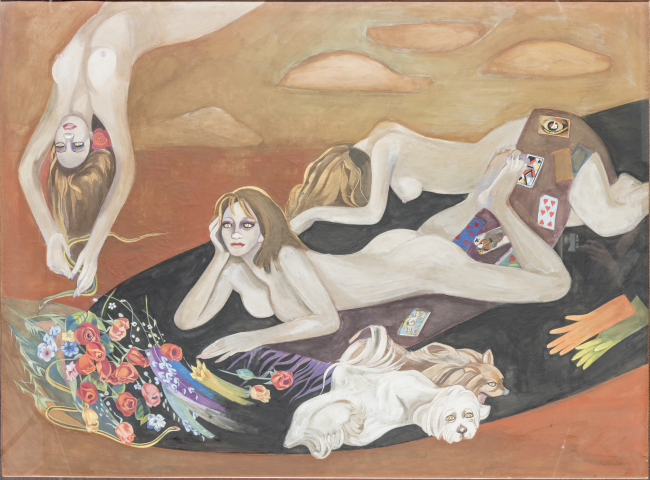 "Lamentation at Dusk" by Chun Kyung-ja (SeMA)
“Chun holds a distinctive significance in Korean modern art history. She pioneered the path for the women artists in Korea and expressed her femininity and life as a woman in her paintings. She deserves a further study and research as she continues to inspire today’s women artists,” said Kim Hong-hee, director of SeMA. 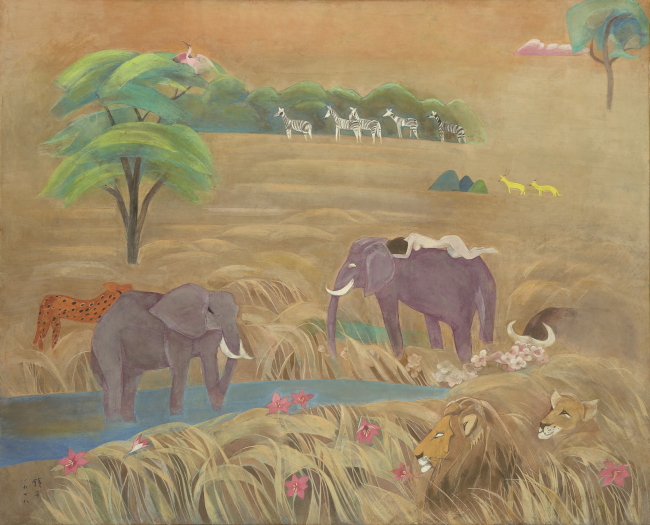