Samsung SDS Co., a key IT unit of the Samsung Group, said Tuesday that it is considering splitting its logistics business in a bid to foster competitiveness.

"The company is reviewing a plan to split off the Samsung SDS logistics division to strengthen competitiveness in global logistics and focus on management capacity," the company stated in a regulatory filing. 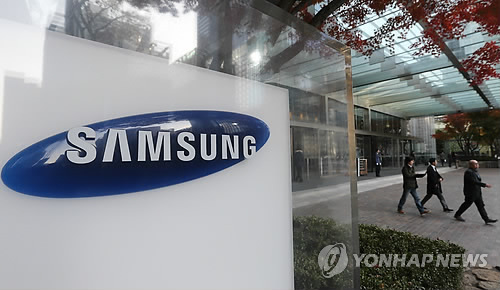 Samsung SDS said it will "seek further ways to strengthen sectors other than logistics amid rapid market changes (in the industry) such as the Internet of Things and big data."

Rumors circulated last week that the division, after a spin-off, would be merged with Samsung C&T Corp., the group's fashion and trading arm and also the group's de facto holding firm.

"The plan is only being reviewed at the moment and no specifics have been determined yet," said Oh Jong-woo, a Samsung SDS official, denying a rumor about combining the company with Samsung C&T Corp., the group's fashion and trading arm.

Samsung C&T, which was formed through a merger between Samsung C&T and Cheil Industries last year, acts as Samsung's de facto holding firm. The merger was part of the group's efforts to streamline its ownership structure through big shakeups of its affiliates. (Yonhap)