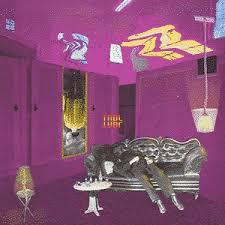 Dean is receiving the coveted attention of international artists such as Anderson Paak and Jeff Bernat and local hip-hop big names including Dynamic Duo, Zico and Crush, and there seems to be a legitimate reason behind the singer-songwriter’s emergence. Though his sound represents the height of trendiness, it is still deliciously brooding, full of soul. The largely electronic R&B sounds featured on this first LP are sleek and sophisticatedly layered but never pristine, always brimming with emotion and vulnerability.

The first track “D (Half Moon)” sings of the emptiness that takes over after parting with a lover, with the letter “D” depicting the shape of an incomplete half-moon. Dean’s rich vocals adapt and change for each song, seeping into the ambience: Here, it is breathy and longing, artfully surfing on the twists and turns in the track’s chord arrangement. Songs like “Pour Up” express the dissipation that follows a heartache, while “Bonnie & Clyde” sings of a delirious, all-consuming love.