Behind the scenes of CIA briefings 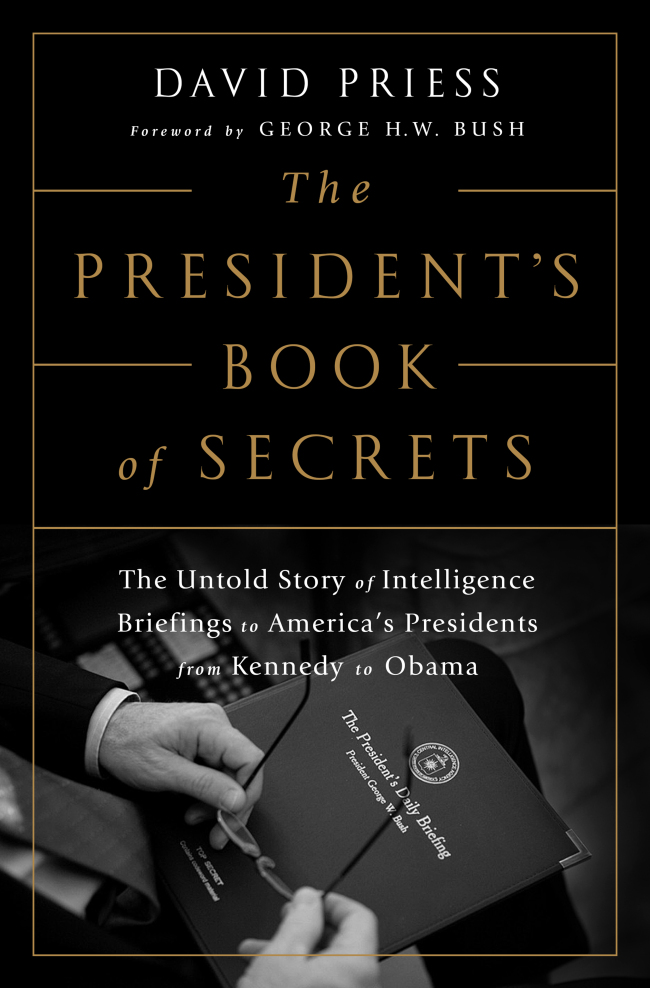 “The President’s Book of Secrets”

On Aug. 6, 2001, the third day of his August vacation in Texas, President George W. Bush welcomed two visitors into the living room of his ranch house.

Steve Biegun, the executive secretary of the National Security Council, was filling in for National Security Advisor Condoleezza Rice. Michael Morell was a CIA analyst assigned to brief Bush daily on intelligence developments. He handed Bush the President’s Daily Brief, the most highly classified document produced in the U.S. government.

The president paused when he reached an article titled “Bin Laden Determined to Strike in U.S.” Morell gave him background on the piece, Bush read it, and they moved to the next page. “I did not treat it as a ‘hair on fire’ or action-forcing piece,” Morell wrote in 2015, “and the president did not read it that way either.”

The article was the 36th in 2001’s PDBs about either the Saudi terrorist or al-Qaida. From Aug. 31 to Sept. 10, the PDB made no mention of impending terrorist attacks on America soil. Nor did Morell provide any warning when he briefed Bush in Sarasota, Fla., on the morning of Sept. 11.

This is just one anecdote explored in former CIA analyst and PDB briefer David Priess’ “The President’s Book of Secrets: The Untold Story of Intelligence Briefings to America’s Presidents from Kennedy to Obama,” a new book about intelligence support to modern presidents. The heart of the book is the history of the PDB, which debuted in 1964. Priess has help from reflections from all living former presidents, vice presidents, secretaries of state and defense, 11 former national security advisors, nearly all former CIA directors and dozens of White House and CIA staffers. (TNS)