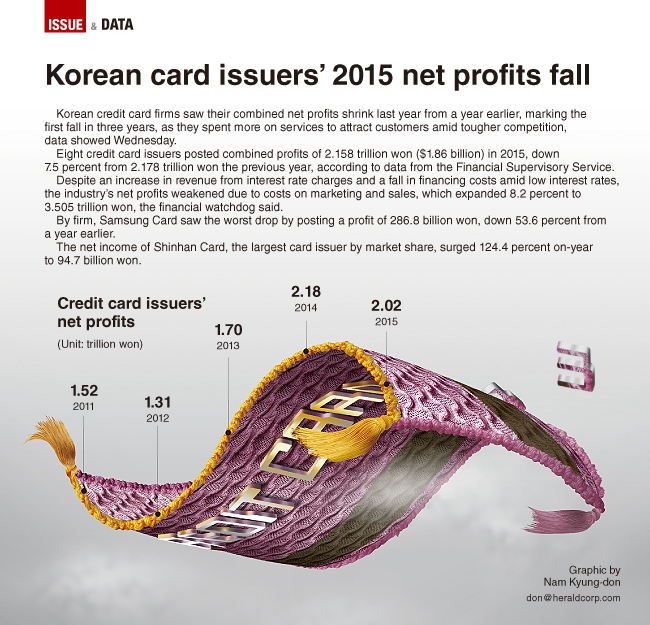 Eight credit card issuers posted combined profits of 2.158 trillion won ($1.86 billion) in 2015, down 7.5 percent from 2.178 trillion won the previous year, according to data from the Financial Supervisory Service.

Despite an increase in revenue from interest rate charges and a fall in financing costs amid low interest rates, the industry‘s net profits weakened due to costs on marketing and sales, which expanded 8.2 percent to 3.505 trillion won, the financial watchdog said.

By firms, Samsung Card saw the worst drop by posting a profit of 286.8 billion won, down 53.6 percent from a year earlier.