The nation’s second-largest shipping company said in a regulatory filing that “it filed for comanagement with its creditors” to tide over its liquidity crunch through a self-rescue plan.

Following the regulatory filing, the stock trading has been halted until 9 a.m. Tuesday. 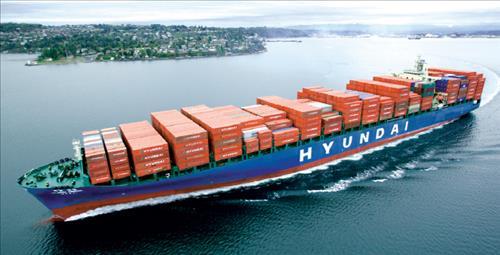 The state-run Korea Development Bank and other creditors are to decide whether to approve the proposal by March 29. If approved, the company’s maturing debts will be rolled over and part of them will be rescheduled.

In a separate filing about selling its stake in Hyundai Pusan New-Port Terminal in the southern coastal city of Busan, the company said it is in negotiations with potential buyers including Singapore’s PSA International, one of the world’s largest port operators, but hasn’t finalized the details yet. The company said it will announce the detailed plan within one month.

In another filing, the shipper said it has decided to guarantee 285.8 billion won ($246 million) debt in H-Line Shipping for its creditors Legenda Maritime S.A. and Continent Maritime S.A. during the period March 25, 2016 to May 5, 2027. The plan is part of the company’s sell-off of its bulk cargo unit Bulk Liner Division to H-Line Shipping.

The company has 4.7 trillion won in total debt and 1.8 trillion won was borrowed from creditor banks. HMM has to repay the debt of 120 billion won by April 7.